The show about people biting the dust bites the dust 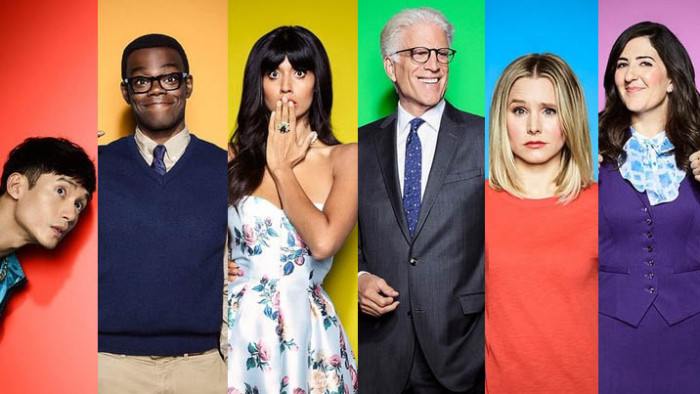 January 31st will be officially known as the day of endings. It's the day Britain ended its relationship with the EU, it's transfer deadline day and two huge shows have come to an end.

One of those is BoJack Horseman, which we have already shed a tear for, and the other is The Good Place. it's final-ever episode, an hour-long special, is now available on Netflix and marks the end of a short but brilliant life for the show.

While the show has never really improved on *that* twist ending at the end of the first season, it has consistently managed to unpick heady philosophical themes and dilute them for a mainstream audience, as well as offer up a boatload of fart and sex jokes in the process.

Even though it has lasted just four seasons, that was the plan. This isn't a show that's been cancelled as its creator Michael Schur said in a recent interview with The Daily Beast: “Endings are hard, emotionally, but I feel good. We made the decision after the third season to bring the show to a close.

"And there have been many days since then that I’ve felt sad about that, but I’ve never felt regret. It was the right decision, I’m happy that we did it that way. We were, in a very rare way, able to execute the show from beginning to end exactly the way we wanted to. So any complaints are entirely my fault.”

As for the show's stars, they took to Twitter to say goodbye with Jameela Jamil, who plays Tahani Tweeting: "Goodbye from your favourite bunch of benches. Thanks for being the most fun fans ever."

Goodbye from your favourite bunch of benches.

@nbcthegoodplace Thanks for being the most fun fans ever. pic.twitter.com/jLSL6FmzKH
— Jameela Jamil

And Kristen Bell Tweeting: "What a forking beautiful journey the past 4 years have been. Thank you so much for tuning in each week and giving us a life. The Good Place was the very best place. Shellstrop out."

What a forking beautiful journey the past 4 years have been. Thank you so much for tuning in each week and giving us a life. #TheGoodPlace was the very best place. Shellstrop out. pic.twitter.com/X0O84Y4inj
— Kristen Bell (@KristenBell) January 31, 2020