The dead will walk again... and again 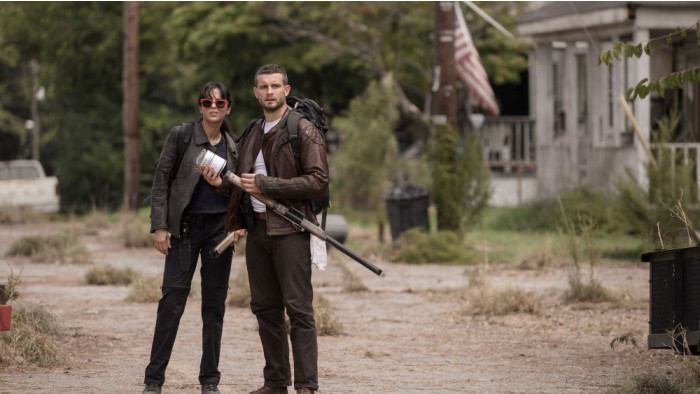 If your love of rotting human flesh extends beyond Halloween - and I mean, doesn’t everyone’s? - we’ve got some delightfully gruesome news for you. Walking Dead fans come forth, for Amazon Prime has announced that the second spin-off of the show will be landing on the platform in the Spring of 2020.

Following the tale of two young females who come of-age during the apocalypse, the 10-episode series began shooting this summer and is set to bring back co-creators Scott Gimple and Matt Negrete who worked together on the show’s previous series’.

According to Amazon Prime, "Some will become heroes. Some will become villains. In the end, all of them will be changed forever. Grown-up and cemented in their identities, both good and bad".

We’re pretty sure ‘bad’ is code for plenty of flesh eating drama - and we can’t get enough of it.

News of the series coincides with claims that the forthcoming season of the original show may feature a musical episode. Yes, you read that correctly: the world’s favourite zombie apocalypse may receive the sing-along treatment.

According to comicbook.com, during a recent panel discussion at New York Comic Con, Gimple noted of the show: "People always come up with that. We are actually trying to work on [a musical episode]. You heard it here."

Following the success of both The Walking Dead and Fear the Walking Dead series, the 2020 series is set to star Aliyah Royale (The Red Line), Alexa Mansour, Annet Mahendru, Nicolas Cantu, Hal Cumpston and Nico Tortorella amongst a host of other new and established names.

“TV audiences around the world have demonstrated their passion for The Walking Dead universe, and we are so excited to bring this next iteration to our Prime members,” noted Brad Beale, Vice President of Worldwide Licensing for Amazon Prime Video.

“An exciting and heartfelt survival story that will have our viewers sitting on the edge of their seats, this next series from the world of The Walking Dead will make an excellent addition to the growing catalogue of global event series available to Amazon customers.”

This may just give us an excuse to pull that zombie outfit from the wardrobe on a date other than Halloween. We’re ready for more gore.