The weight is over: Fat Thor now has an official name

Bit of a Thor point 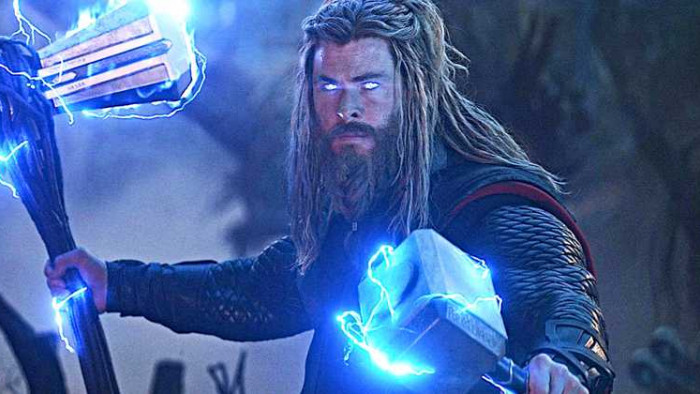 Fat Thor is dead, long live Bro Thor. That’s the official title Marvel has given the character in a special featurette on the upcoming Avengers: Endgame DVD and Blu Ray release.

(A little background, if this is all lost on you. After the Avengers fail to prevent the damage done by Thanos, Thor – currently sitting in second place on our best Avengers characters list – really lets himself go. He ends up piling on the pounds to his literally Godly physique: something that wise-cracking raccoon Rocket can’t help but point out relentlessly throughout.)

The internet dubbed our new portly protector as “Fat Thor”, but the special feature calls him Bro Thor. “His appearance has changed but his heroism remains,” the description reads. “Go behind the scenes to see how Bro Thor was created.” One would assume whole KFC buckets for one, but we’ll see.

Other than learning more about how Thor filled out, you’ll also get a series of other features titled “Remembering Stan Lee”, “Setting The Tone: Casting Captain America”, “A Man Out of Time: Creating Captain America”, “Black Widow: Whatever It Takes”, “The Russo Brother: Journey to Endgame”, and “The Women of MCU”.

Oh, and there will also be six deleted scenes. We have the titles for them too, if you want to wildly speculate about what they may contain: "Goji Berries," "Bombs on Board," "Suckiest Army in the Galaxy," "You Used to Frickin' Live Here," "Tony and Howard," and "Avengers Take a Knee."

Avengers: Endgame will be out on 4K Ultra HD, Blu-Ray and DVD on August 13. If that feels too far away, the digital version will be available from July 30.