"Fake" band Threatin are returning to London, for real

The band with the huge nonexistent fanbase are coming back 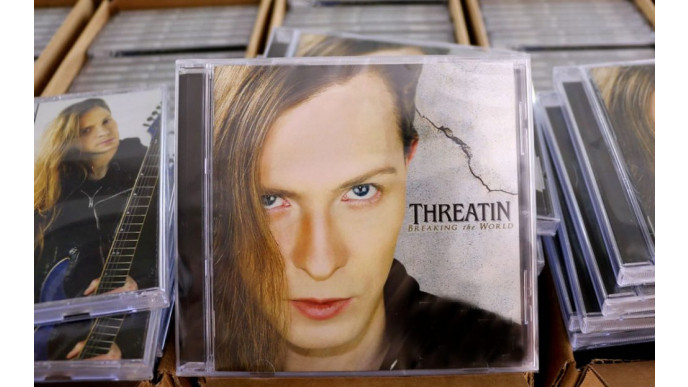 Threatin, the band-slash-vanity project that have question marks and inverted commas around their very existence, are coming back to London. The band, who did an extraordinary job of bullshitting venues, booking agents and even a few legitimate ticket-buyers into supporting a tour they had no rights being on, made headlines around the world when the various tactics they’d used to fabricate an online following were revealed.

Now Jered Threatin, the man behind it all, has announced that one year to the day after the Camden Underworld show that led to the whole facade blowing up, they’ll be playing there again. Or, depending on how you see it, playing there legitimately for the first time.

Threatin’s 2018 tour was an extraordinary thing, the kind of plan that seems doomed from the start, but at the same time, if it had worked we’d all be praising him as a genius. He used an entirely fake online following to convince venues to book him, in order to… what? It was like that old meme where Step 3 was a bunch of question marks and Step 4 was PROFIT.

The whole thing remains deeply odd, but the guy was aiming high. He ended up in Rolling Stone, on the BBC, everywhere, claiming that the whole thing was an attempt to show up the shallowness of the music industry by showing what suckers they are for numbers. That doesn’t quite hold up to scrutiny, as he also seems to take his music very seriously, but that’s his story and he’s sticking to it. He achieved the fame he seemed to be going for, just arguably not the kind of fame he wanted.

The October 1028 Underworld show may have been sparsely populated, but who can say how the 2019 one will go? A lot more people have heard of Threatin now, and heard their perfectly decent hard rock, so on one hand the exposure might have been great.

On the other, in their Facebook post about the show Threatin refers to himself as “the accidental legend and master troll”, which is offputtingly dickish, so time shall tell.