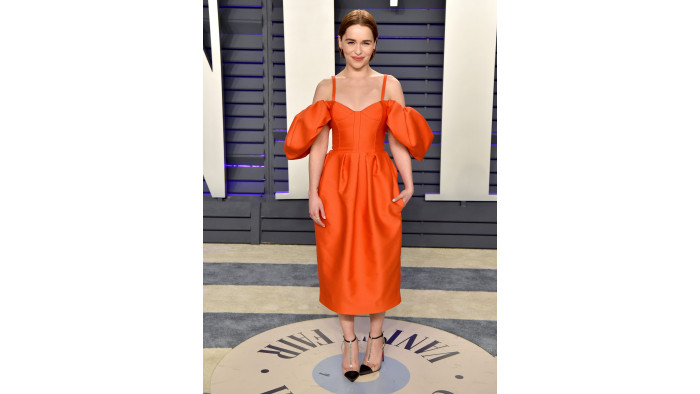 You might have heard Game of Thrones be described as a show about ‘tits and dragons’ but actor and star of the show Emilia Clarke has spoken out to assure us that it’s certainly not the case.

Speaking to Associated Press, she said “Kit’s ass, someone else’s ass, my ass, it doesn’t matter! It’s not what the show is about, it’s not what any bit of acting is about.”

“As for my character, I can count on one hand the amount of times I’ve been naked. I can talk about the importance of women in this show until the cows come home. It has gone a way to changing the landscape of the industry as we see it, which is really vital and really important.”

The hit show has attracted criticism in the past for its rape scenes and gratuitous violence, but is also famous for its liberal approach to nudity.

Luckily, GQ have done the maths for us and tallied up all the nude scenes in the first six series, all 71 of them to be precise. That’s quite a lot. But who cares? The show is great. If anything, we might want to add up how many battle scenes there are against the nude scenes, as one took eleven weeks to film.

Clarke recently instagrammed her new poster from the show’s final season expressing her excitement at the conclusion of the hit series. You’ve got until April 14th to get overly excited for more bums on your screens!