Elvis: 5 things to know about the movie, according to director Baz Luhrmann

Elvis trailer revealed, as well as what we should expect from the film. 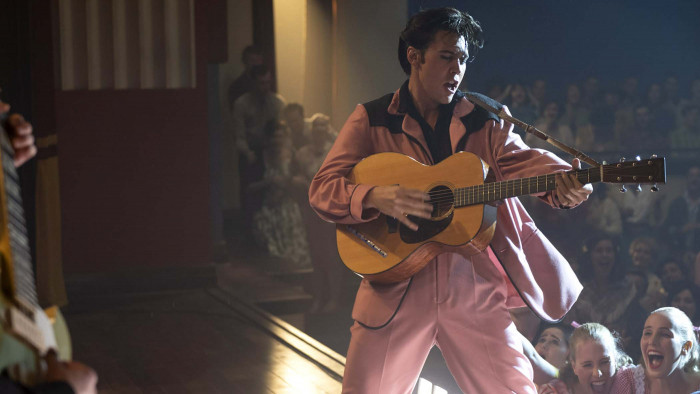 Elvis is the latest movie from director Baz Luhrmann and ShortList was lucky enough to be among the first people in the world to have a preview of the new trailer.

Based on the life of Elvis Presley, Elvis is a biographical musical drama about the performer and stars Tom Hanks as Colonel Tom Parker, Austin Butler as Elvis Presley and Olivia DeJonge as Priscilla Presley.

To mark the Elvis trailer reveal, both director Baz Luhrmann and star Austin Butler were at the virtual reveal, where they talked about the movie and just what we can expect from the film.

Here are 5 things to know about Elvis, according to director Baz Luhrmann...

1 It's not a straight-up biography of the star

"The great storytellers like Shakespeare didn't really do biographies. I mean, Shakespeare never did the biography of King Richard but used the life as a canvas to explore a larger idea. You look at a great biography like Amadeus, for example. It's not really about Mozart, it's about jealousy.

"The truth is is that in this modern era, the life of Elvis Presley could not be a better canvas on which to explore America in the 50s, the 60s and the 70s. I mean it's a mythical life that he lived."

"We came up with an unusual musical language for the film and that is that Austin [Butler] would sing all the young Elvis parts, but from about the '60s on we would blend it with the real Elvis. So when Elvis sings In The Ghetto, you are getting him."

3 Elvis was the original punk

"He is the original punk in some regards. [The early recordings] are not nostalgic, they're not polite. He's wildly provocative. If you read what's written about Elvis in early 50s, you know, there really were riots.

"I get it wrong, but another famous musician said, there's a line in the movie, 'When I first saw him it was in the 50s. I cannot overstate how strange he looked. And how shocking he was'."

4 The Elvis movie shows an interpretation of Elvis Presley

"It can't be an impersonation, it's got to be an interpretation, because we don't have the source material and even if we did, it's filtered through old nostalgic technology.

"Austin's number one mission, from the moment I met him, was to humanise Elvis Presley to show the person and go on the journey."

5 Black music is key to the Elvis tale

"The number one thing about Elvis Presley's journey is that black music and culture isn't a side note or a footnote - it's absolutely the canvas on which the story is writ.
"If you take that out of the Elvis Presley story, there's no story. I mean, he grew up in the community from the get-go. You have the Civil Rights movement emerging, you have him becoming a problem in terms of jumping the race line. He's a problem. It's dangerous.

You can watch the brand-new Elvis trailer below.