Dune Part Two confirmed: we are definitely getting a Dune sequel

That sound you hear is a collective sigh of relief. 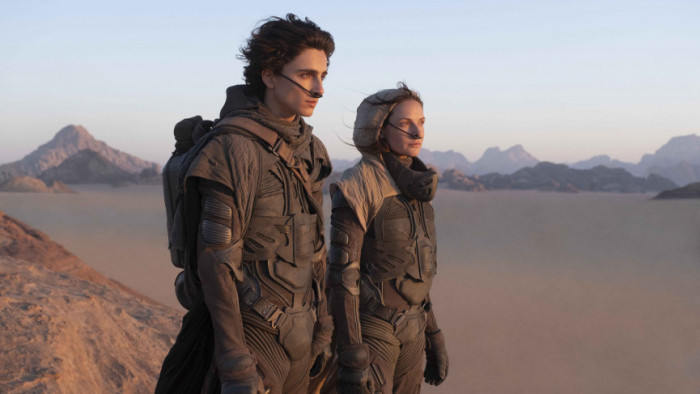 Dune Part Two has been confirmed by Legendary Pictures and Warner Bros, with both revealing that we are definitely getting a new Dune film.

Dune was always meant to be a two-part movie experience but a sequel was never actually confirmed. That's because the two movies were not made back to back, instead director Denis Villeneuve made the first movie, with the hope that it would garner enough box office success to greenlight the second film.

There's good reason why there was hesitation from Warner Bros and Legendary Pictures. The book is beloved by sci-fi and fantasy fans but it's something that has never translated to screen well.

The first movie of the book, David Lynch's Dune, was a mixed bag of director vision and studio involvement. There have been myriad TV shows made but they didn't get the spirit of the book, and there was at one point going to be a movie by surrealist filmmaker Alejandro Jodorowsky but it was never made - although the documentary about the proposed movie is as entertaining as it gets.

And then came Denis Villeneuve. Fresh-ish from tackling another classic slab of sci-fi, with his Blade Runner sequel Blade Runner 2049.

Speaking to ShortList about the two films he did note that the experience of making them couldn't have been more difficult.

"On Blade Runner I was really trying to honour and respect the work of someone else," he noted. "On Dune it was more about trying to write a love letter to a book I love."

And Dune is a book he loves. The copy he read as a teen was with him when we spoke to him, with Villeneuve revealing: "What I like is the presence of the book as I'm going through the journey. I love the words, they will forever be close to me."

It's great, then, that it has finally been confirmed that there will be a Dune Part Two on Twitter by Legendary Pictures and retweeted by Warner Bros.

This is only the beginning...

Thank you to those who have experienced @dunemovie so far, and those who are going in the days and weeks ahead. We're excited to continue the journey! pic.twitter.com/mZj68Hnm0A
— Legendary (@Legendary) October 26, 2021

Dune Part One is out now on the big screen and available to stream on HBO Max. You can read our full Denis Villeneuve Dune interview now.