...or a mutual fondness for donkeys 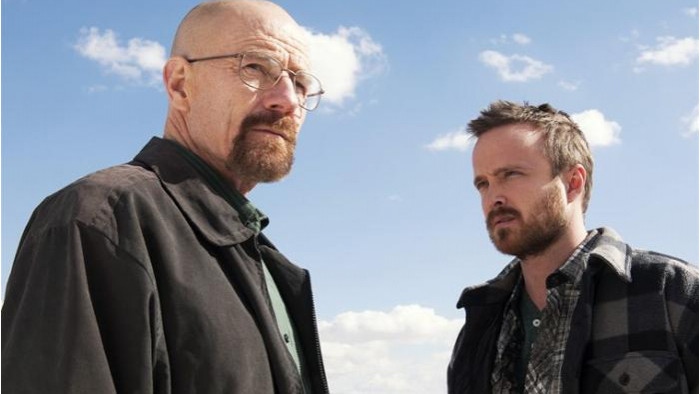 It could be that the pair are planning a day trip to a donkey sanctuary and can’t contain their excitement, but if so then it looks like Peter Gould is going too. That’s Peter Gould, the Breaking Bad writer and showrunner for spin off Better Call Saul, who quote-tweeted Paul’s version of the double donkey with the message “looking forward to this.”

Looking forward to this. https://t.co/tiep2BTeI8

Far more likely is that the two donkeys are drug mules, and this refers to an imminent Breaking Bad movie, something which has been rumoured for a long time but with almost no hard facts to go on.

Everyone who could plausibly be involved, from the creator Vince Gilligan to Aaron Paul himself have been extremely coy about anything, though it was reportedly filmed in New Mexico from last November to February. Deadline previously reported that Netflix had bought the rights to the movie, with AMC taking it on afterwards.

Assuming Paul is involved – and the donkey tweet is about a big as hint as you can get – that would suggest he wasn’t entirely truthful in March when he said he “hadn’t heard anything” about a Breaking Bad movie, but would “love to be a part of it.”

Fingers crossed that Cranston and Paul aren’t whipping up fan excitement over nothing. Judging by the brilliance of Breaking Bad and Better Call Saul, a Breaking Bad movie would comfortably join our list of the best Netflix originals, should it ever see the light of day.