Everything you need to know about 16th reincarnation of the game 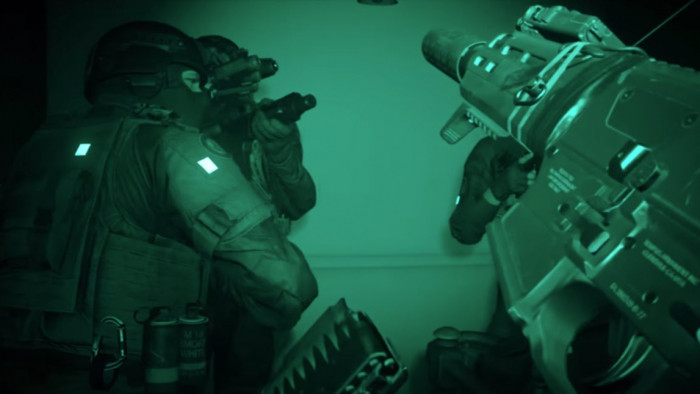 If you’re one of the unlucky ones who actually has to be at work today, and while your friends are at home playing Call of Duty: Modern Warfare, don’t worry because we’ve summed up everything you have to look forward to when you get home.

Call of Duty: Modern Warfare is finally here: PS4, Xbox One - and it obviously immediately crashed the servers - but it seems to be back up and running now and the game sure is a serious reset for one of the world’s best-selling franchises.

Activision are calling it more of a “soft reboot” of the 2007 game, as they do away with the zombies and futuristic gadgets to return to a more realistic, modern-day setting.

This time, the story revolves around recovering chemical weapons from the fictional Middle Eastern country of Urzikistan.

However, players will also be transported to the more familiar streets on London, as they control Metropolitan Police Sergeant Kyle Garrick in the hopes of uncovering a terrorist cell.

As you can imagine from that storyline, developers have confirmed that the game will be “heavy on troubling, realistic emotional moments”. Many have even compared it to that controversial 'No Russian' mission in Modern Warfare 2 - so, don't say you weren't warned.

One of Modern Warfare’s original characters - Captain John Price - will also make a return. Though he’ll now be voiced by Barry Sloane, rather than Billy Murray.

And, it’s not only the voice that has changed, as the character has also been rebooted so all his background from the previous games will be ignored.

If that wasn’t enough, Modern Warfare will support cross-platform play between Xbox One, PS4 and PC for the first time in the franchise’s history. This means whatever console your friends have, you can all still play together in all multiplayer modes - which is pretty darn exciting.

Call of Duty: Modern Warfare (PS4 bundle)
£49.99 (was £69.98)
With this PS4 bundle, you not only get the highly-anticipated Call of Duty: Modern Warfare but also a 3-month subscription to PlayStation Plus. The subscription will get you two free games a month, new multiplayer gaming elements and exclusive discounts - all for the same price as the game. Usually £69.98 (when sold separately), the PS4 bundle is now only £49.99 - saving you £19.99.
Buy now at Curry's PC World