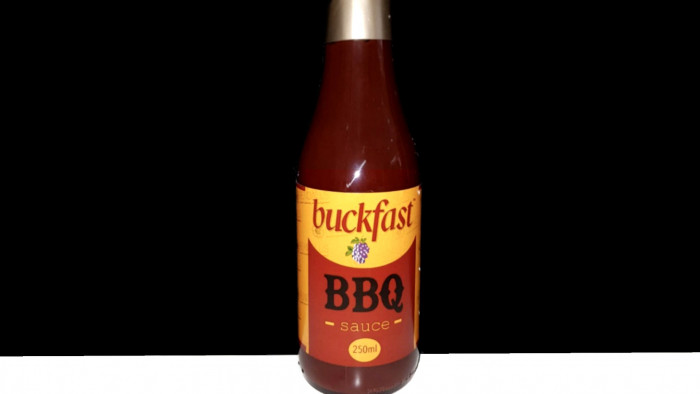 The demand for alcohol-infused foods grows by the day, and this summer one butcher has transformed the unofficial Scottish national beverage into a tangy condiment. Yes, Buckfast BBQ sauce is officially set to become a thing.

Scottish butcher Rendalls joined forces with Buckfast distributor J Chandler to achieve what some might consider an unholy marriage.

After creating Buckfast-infused recipes for more than half a decade, brothers Jason and Gary Rendall, from North Ayrshire, decided to launch their latest wine-themed endeavour, this time in the form of Buckfast BBQ sauce, according to the Daily Record.

“Jason and Gary approached us with the sauce and the development started about a year-and-a-half ago,” says Buckfast marketing manager Stewart Wilson. “We’re delighted to be in a position to say we will be ready to launch in stores next week.”

Buckfast, a type of fortified wine, has long been associated with Scotland, achieving national treasure status (alongside Irn-Bru, naturally).

However, the caffeinated drink’s origins can be traced back to the 1880s. Benedictine monks fleeing persecution in France eventually found sanctuary at Buckfast Abbey in Devon, England, and began the fermenting process.

Needless to say, the sauce is likely to fly off the shelves, following in the wake of Rendall’s popular Buckfast sausages and pies.

“We’ve already taken pre-orders from wholesalers and we’re almost sold out before we've gone to market,” Wilson continued, “the uptake on it has been absolutely phenomenal."

As for whether the sauce will tingle everyone's taste buds? We’re not entirely convinced, but the proof really will be in the eating.