Brewdog launches first-ever shower beer - and it's called Lock Down 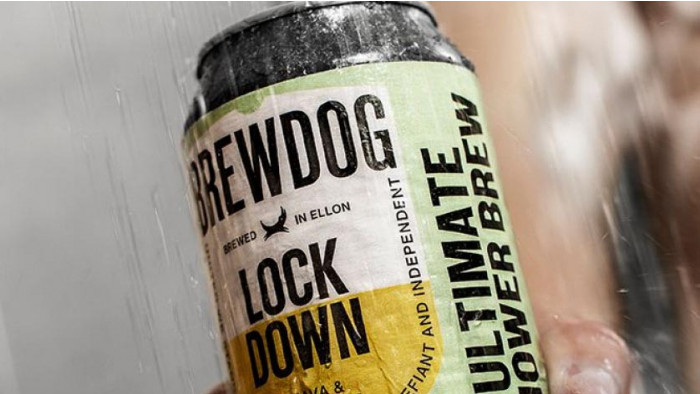 There's something particularly comforting about the shower beer – that's the cold beer you take into the shower with you after a long day, for the uninitiated.

And now independent brewer BrewDog has made it easier to pick a tipple to take in with you with the launch of its first shower beer, aptly named Lock Down.

Lock Down is a "refreshing, German-style pilsner", which the company describes as having a "guava and grapefruit twist".

"It delivers drinkers a fresh, fruit hit, a guaranteed thirst quencher – to be enjoyed in a whole new way at home," the brewer says. "Lock Down is designed to be clean and refreshing. Just like your shower."

It's not the only isolation-themed venture that BrewDog has undertaken in recent weeks. In late March, it announced it would be switching production from beer to hand sanitiser, though it had to re-jig its recipe as the first batch wasn't quite strong enough for medical use.

It will also be turning its pubs into "virtual bars", where "locals and regulars" will have a chance to "reconnect and share a beer".

They'll have virtual pub quizzes, will be streaming live music and comedy, and will also be hosting giveaways.

You can get a 4 pack or a 12 pack from the Brewdog online store.

And if Brewdog doesn't float your boat? Try our list of the best beer subscription services – there's sure to be one you'll like. Many of these companies are also hosting virtual pub sessions, too, so plenty to keep you occupied.