BrewDog's new look is all about sustainability. 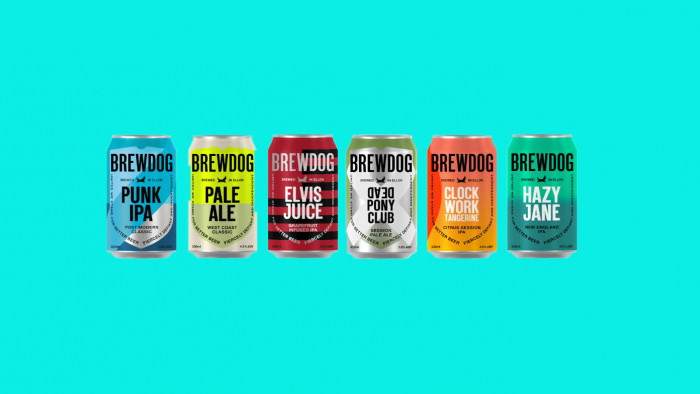 BrewDog has revealed one of the biggest changes yet to its branding, unveiling a new look for all of its cans. The company hasn't just changed things visually either, with the look part of a BrewDog For Tomorrow campaign that's all about making sure there is a planet left to drink beer on.

The new look will come to something of a shock to die-hard BrewDog fans. It's quite away from the punk-ish spray painted look of before and is, dare we say it, more traditional.

This does make sense - BrewDog has been expanding rapidly of late, opening up in the America and Australia, so having a more uniformed look will mean it's no longer just aiming at the craft ale market, but the entire beer one.

"We've grown, and we've grown up. We have always believed that business should be a force for good and that brave thinking and bold actions are the only way to make a real impact," says BrewDog about the news.

"Today, we are in the middle of a climate crisis. It is a crisis of our own design, driven by big business. We recognise our contribution and the limitations of our industry. But change isn't happening fast enough."

To help this, there is a six-part plan which includes offering incentives for recycling their beer cans (both by the drinker and themselves), the launch of home brewing kits and, interestingly, they will start creating a vodka out of the beers that don't quite make the grade.

It is also investing a £1 million in research to make the beer industry more sustainable and will make their beer recipe completely available to everyone.

Fancy a beer? here are the best craft beers to drink right now.