Breakdancing could soon be an Olympic sport. No, really

Don't pretend you wouldn't watch this 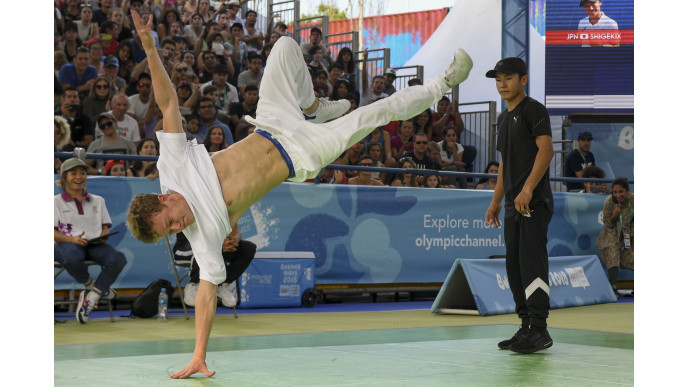 We’re sure there’s an inherent logic to which sports get considered for inclusion at the Olympic Games, but sometimes it feels like the organisers pick names out of a hat.

Golf returned to the programme in 2016 after more than a century away, and yet lacrosse and tug of war have been binned after featuring in some early games.

We’ve given up trying to explain what makes a sport worthy of inclusion, and that’s just as well, seeing as breakdancing is among those being considered for the 2024 Olympics.

If you think we’re not using this as an excuse to spend most of the day checking out B-boy videos on YouTube, you don’t know us. The bonus, though, is that you can do it too. Call it ‘research’.

According to the BBC, we’ll find out by December 2020 whether the appeal has been successful. Squash, chess and ‘billiard sports’ have all been rejected for inclusion in Paris.

Golf and rugby sevens were both brought in for the 2016 games in Rio de Janeiro after long absences, while the Tokyo Olympics in 2010 will include karate, surfing, climbing and skateboarding for the first time.

As the BBC’s Richard Conway notes, breakdancing would not be the strangest event to ever be included.

Back in 1900, for example, it was possible to win an Olympic medal in ‘horse long jump’.

As far as we can tell, that’s performing a long jump while sitting on a horse, rather than a jump over an adult horse into a sandpit, but both sound ridiculous by today’s standards.

No, we didn’t say we don’t want them to bring it back, just in case anyone was in doubt.

According to Inside the Games, organisers have called for one male and one female breakdancing event, each comprising 16 competitors, after the success of 12-person events at the 2018 Youth Olympics.

On that occasion, Bumblebee (Sergei Chernyshev) of Russia won the B-Boys event and Ram (Ramu Kawai) of Japan was the B-Girls gold medallist.

More to the point, we can’t wait for the first film about the breakdancing superstar who scores an unlikely Olympic gold. Think of the montages!