This bounty hunter is taking on space creatures big and small 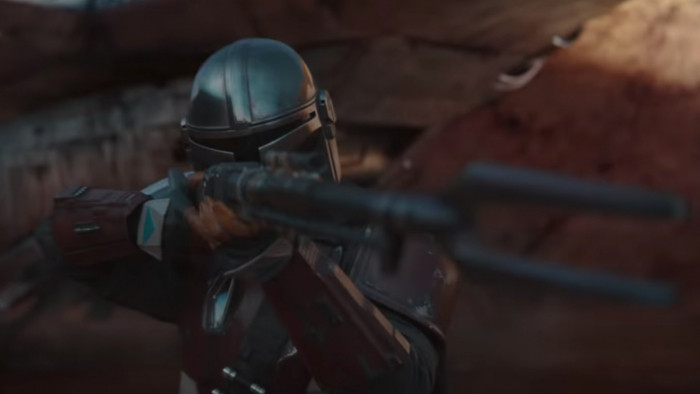 There’s a lot of hype around The Mandalorian - and rightly so - it is the first ever Star Wars live-action TV show after all. But it also means that the show has a lot to live up to, too. If the latest trailer is anything to go by, it just might do it.

In case you need catching up, The Mandalorian is entirely separate to the Skywalker Saga films (the last of which will hit the cinemas later this year) and instead follows a bounty hunter - The Mandalorian - who is rounding up bad guys at the outskirts of the galaxy.
And, this brand new trailer of the Disney+ Original may be less than 2 minutes long but it is filled to the brim with action scenes, fights and explosions.
We are only a couple weeks away from the highly anticipated launch of Disney+ now, and the trailer gives a good idea of what to expect from the series created by Jon Favreau.
The TV show, which is set between Star Wars: Episode VI - Return of the Jedi and Star Wars: The Force Awakens, definitely still feels like old-school Star Wars with the hand-to-hand combat, physical sets and a range of weird and wonderful space creatures right at the forefront.
Pedro Pascal (aka Game of Thrones’ Oberyn Martell) has taken on the challenge of being The Mandalorian, with fellow cast members Gina Carano (Deadpool), Nick Nolte (Hulk, Tropic Thunder) and Emily Swallow (The Mentalist).

Disney+ also seems pretty certain the show will be a success because a second series is already in the pipelines.

The Mandalorian will launch with the streaming service on November 12, but unlike most series nowadays you’ll still have to wait each week for a new episode - so, bingeing it all at once is not possible this time.