One of the best Star Wars characters finally get his own show. 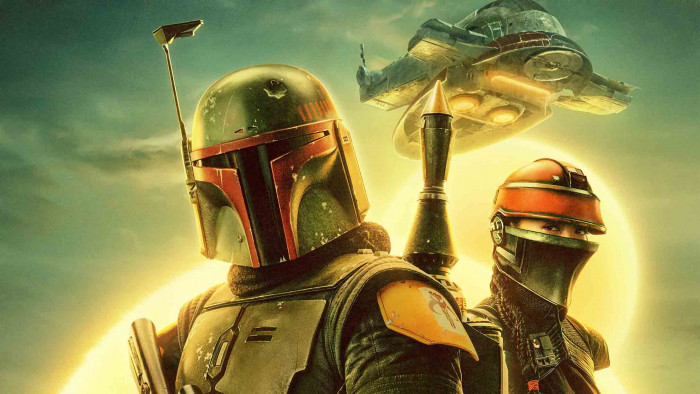 Originally announced in a post-credits sting for The Mandalorian: S2, the book of Boba Fett is going to - for the first time - reveal more about the secretive bounty hunter.

The series, which stars Temuera Morrison as the titular character, and Ming-Na Wen's Fennec Shand, will be the first in a slew of new Star Wars shows.

The upcoming roster also includes Andor - with the focus on Rogue One's Cassian Andor - and Ahsoka, another spin-off of The Mandalorian which sees Rosario Dawson back as Ahsoka Tano.

In the first The Book of Boba Fett trailer we get more of a glimpse of what type of show to expect and it looks epic, with the focus firmly on Fett taking over the 'throne' from Jabba The Hutt and trying to forge unity among the Star Wars underworld.

"Jaba ruled with fear, I will rule with respect," says Fett as he tries to appease the scum and villainy he is up against.

Throughout the trailer there are brilliant glimpses and hints of iconic Star Wars villains (Gamorreans!) and it looks like there will be backstabbing galore.

The aesthetic isn't that far removed from what we have seen in The Mandalorian so expect there to be a nice bit of crossover.

Every galaxy has an underworld.

The Book of Boba Fett will be streaming from 29 December, on Disney Plus.