Boba Fett's first-ever appearance is heading to Disney Plus - plus, Ewoks and more! 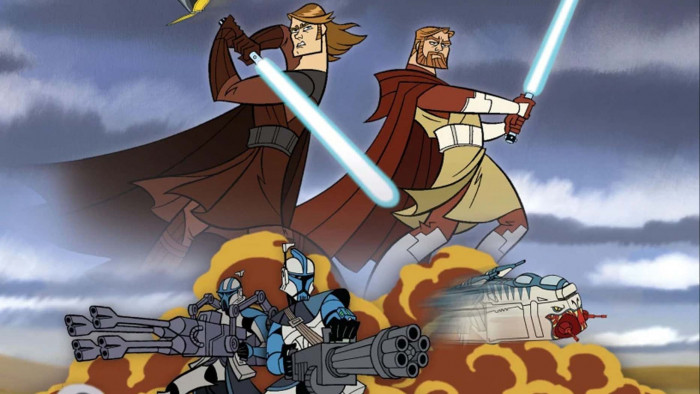 With Marvel taking all of the limelight right now on Disney Plus, Star Wars fans may feel a little short changed. The next new show is set to be Star Wars: The Bad Batch which will drop on May 4 (naturally) but that's months away! Lucky, then, a fantastic Star Wars fix is coming to Disney Plus in April.

The 2003 Star Wars: Clone Wars season is heading to Disney Plus. Directed by the brilliant Genndy Tartakovsky, who did Samurai Jack, it ran for three seasons and 25 episodes, recounting what happened between Episode II and III of the Skywalker Saga.

It ended in 2005 and in 2008 the Clone Wars was then re-animated as a show by the likes of Dave Filoni. If you haven't seen it, then it's fantastic if not quite canon.

According to AV Club, 1984's Caravan Of Courage: An Ewok Adventure, its sequel Ewoks: The Battle Of Endor will also be heading to the service, as will be The Story Of The Faithful Wookiee which is the small animated part of the infamous Star Wars Holiday Special and the first time we saw Boba Fett!

It's unclear whether these will be coming to the UK version of Disney Plus, but we can't see why these shows wouldn't drop at the same time.

All of these Star Wars goodies are said to be streaming from 2 April. Until then catch up with the best Disney Plus shows and the best Star Wars characters of all time.