Netflix branches out into music videos 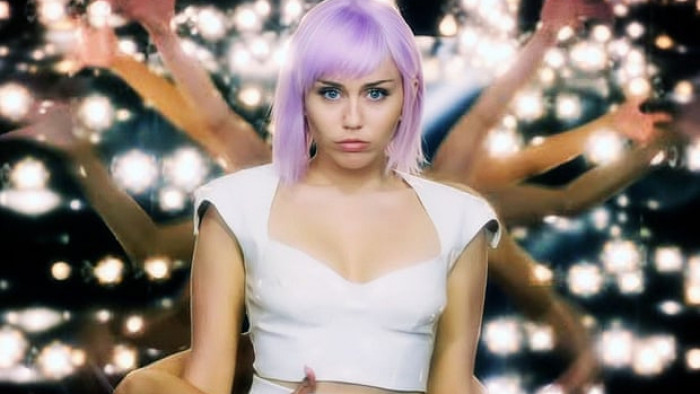 If you found yourself as charmed by the music of pop star Ashley O as Rachel in the season finale of Black Mirror, then good news: Netflix has gone and made a music video for the fictional musician.

The song in question is On a Roll, and it may sound a little familiar if you’re a fan of industrial rock, as it’s a cover of Nine Inch Nails’ song Head Like a Hole. Only the lyrics have changed to make them more Kiss FM friendly. So the words “bow down before the one you serve” have been neatly subbed out for “I’m stoked on ambition and verve.” Far more inspirational. Far less menacing.

If you think it sounds dreadful and an affront to musical taste, then two things: 1) it was officially approved by Trent Reznor himself, and 2) if you watch the episode in question – Rachel, Jack and Ashley Too – you’ll quickly realise that it’s not Ashley O’s cup of tea either.

[Spoilers follow, so if you haven’t watched it yet, then you should stop reading now.]

In the episode in question, Ashley O – deftly played by real life pop star Miley Cyrus – is an artificial pop creation controlled by her manager/aunt, and kept on a cocktail of meds to ensure pliability. When she stops taking them, she’s drugged and forced into a coma, where her music is then extracted straight from the brain, for holographic performances around the world.

Or they would be, if it weren’t for superfan Rachel, who discovers her Ashley Too doll – a kind of inspirational, anthropomorphised version of the Amazon Echo – actually has a locked-down version of the real Ashley’s brain. At which point the whole tone of the episode changes into a slightly corny teen adventure caper.

Yeah, it’s an odd episode, and definitely not the best of the series. Nonetheless, the track is now there for anyone who likes the melodies of Nine Inch Nails, but wishes they were a little less growly and more inspirational.

For anyone looking for what to watch next in the post Black Mirror lull, be sure to check out our list of the best Netflix TV shows.