Ben Affleck is back as Batman, as new Bat logo is revealed 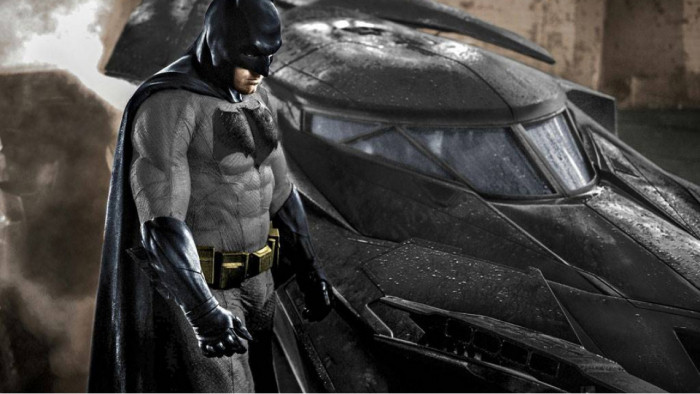 Ben Affleck is set to don the cape and cowl once more and star in the new Flash movie as Batman.

According to Vanity Fair, he's signed up to the film that will have multiple Batmans in it, thanks to it using the famous Flashpoint storyline, including Michael Keaton which will be worth the ticket price alone.

Affleck was/is a decent Batman. Even in a rather duff set of films he managed to shine as the Dark Knight. Hopefully the upcoming Snyder Cut of Justice League will show off his character in an even better light.

Even if that doesn't happen, then we now have the Flash movie and it sounds as if he will have a small, but important role to play in the movie.

Director Andy Muschietti said about Affleck: “He’s a very substantial part of the emotional impact of the movie. The interaction and relationship between Barry and Affleck’s Wayne will bring an emotional level that we haven’t seen before.

"It’s Barry’s movie, it’s Barry’s story, but their characters are more related than we think. They both lost their mothers to murder, and that’s one of the emotional vessels of the movie. That’s where the Affleck Batman kicks in.”

As for the other Batman film, with Robert Pattinson starring, expect a lot more information on this soon - we now have a logo which looks very cool but that's a teaser to possibly some footage. This is all thanks to the DC Fandome which is happening 22 August.

Excited to share the very first look at our official #TheBatman logo, and some very cool additional #DCFanDome artwork by the amazing @jimlee — see more of #TheBatman at the #DCFanDome global event in the Hall of Heroes this Saturday, 8/22! #TheBatman#DCFanDome#ForTheFanspic.twitter.com/ApfngNbyor
— Matt Reeves (@mattreevesLA) August 20, 2020

It's expected that we will see a number of DC-related goodies from the online event.