There will be daleks and sonic screwdrivers aplenty 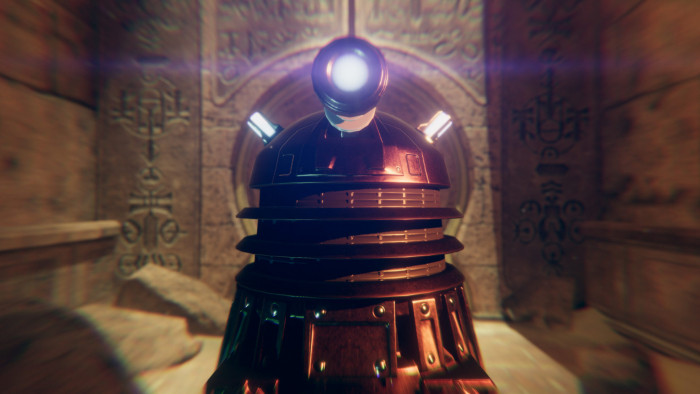 Doctor Who fans of the world rejoice, for the Doctor’s Whoniverse is set to be unleashed in virtual reality form by the BBC.

Entitled Doctor Who: The Edge of Time, the new VR game is set to launch on Tuesday November 12 and will transport fans into a strange world filled with daleks and sonic screwdrivers.

Originally scheduled for release in September, the launch date was pushed back “in order to do Doctor Who justice”. I mean, you wouldn’t want to upset the fandom with a substandard experience now, would you?

The story will follow the current incarnation of the Doctor - played by Jodie Whittaker - as she sets out to “defeat a powerful force that threatens to destroy the fabric of reality” according to the press release.

A combination of tactical puzzles and action adventures all topped off with a sprinkling of classic characters, the official game will even allow players to jump on board the TARDIS and explore inside the world’s most famous telephone box.

Fans can expect to come across a few bad guys on their journey too, with weeping angels making an appearance - let’s be honest, it wouldn’t be Doctor Who without the devils - alongside what the beeb describe as “brand new, never-before-seen monsters”.

It sounds like they’ve gone and recruited one or two mother-in-laws we know.

Developed by Maze Theory, it’s also worth noting that the VR experience is set to last around four hours - which isn’t too shabby when compared to the current range of VR games on the market.

With virtual reality becoming something of a buzz word at the moment, it was only a matter of time before someone got permission to use the Doctor Who name and created an out-of-this-world adventure alongside the BBC.

The BBC also note the VR experience will include “authentic music, props, sets, title sequence and Doctor Who easter eggs” - that last one is a bit of a weird flex, but ok.

There’s no word yet on the price of the game, however, prospective Who players should check out Stream listing and add it to your wish list ahead of the launch.

All that’s left to say is sonic screwdrivers at the ready, because November is nearly upon us.