Avatar 2 first-look images revealed: a decade on from first movie

This is what Avatar 2 is set to look like. 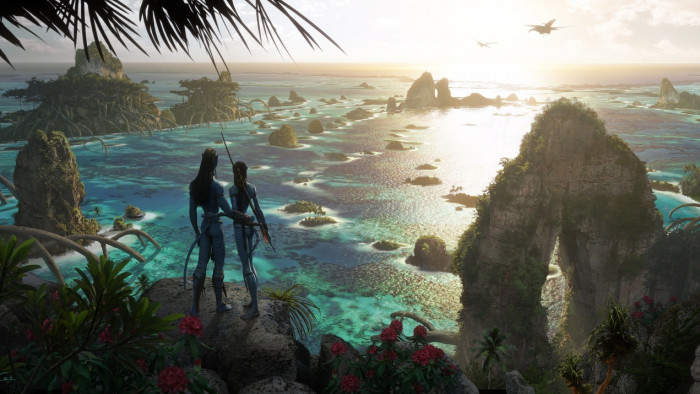 It’s been over a decade since the first Avatar film was released, and director James Cameron has finally taken pity on us and offered a sneak peak at Avatar 2.

The first look at the sequel came in the form of four new pieces of concept art, shared by the film’s official Twitter account.

The artwork shows an array of landscapes from Pandora and beyond - all of which show the Na’vi exploring sea-based lands.

In the #Avatar sequels, you won’t just return to Pandora — you’ll explore new parts of the world.

Check out these brand new concept art pieces for a sneak peek at what’s to come. pic.twitter.com/bfZPWVa7XZ
— Avatar (@officialavatar) January 7, 2020

Along with the new images came the caption: “In the #Avatar sequels, you won’t just return to Pandora — you’ll explore new parts of the world.

“Check out these brand new concept art pieces for a sneak peek at what’s to come.”

The new film is expected to be released in cinemas next year, and will be set eight years after the first film.

We also now know a vague storyline - Jake Sully and Neytiri have been exploring the vast world of Pandora and have since made new allies in the form of the Metkayina free-diving clan led by Tonowari.

This is then all thrown up in the air when the R.D.A. once again invade Pandora to finish what they started.

Sam Worthington and Zoe Saldana will be returning as Jake and Neytiri, and will be joined by new cast members including Kate Winslet, Vin Diesel and Edie Falco.