LAST CHANCE TO WIN: The ultimate whisky and beer bundle worth £300

SPONSORED: Celebrate the launch of its smoky porter with this amazing drinks prize.

Ardbeg has been in the business of distilling whisky for over 200 years now, so when the prestigious whisky maker revealed that it was to release its own beer for the first time - one that would have smoky notes that match its Islay roots - there was a lot of excitement.

The result is The Shortie Smoky Porter, named after the Ardbeggian mascot Shortie the Jack Russell. It’s a limited edition beer from Ardbeg, produced in aid of World Water Day, which took place in March this year, and brewed in partnership with their friends at Williams Bros..

The distillery joined 250 other craft breweries to produce a beer for Brewgooder's Global Gathering initiative, where all profits would go to helping clean water projects in Malawi. A noble cause, then, and Ardbeg had the accolade of being the only whisky distiller to produce its own beer for the project.

What does it taste like, we hear you cry? Well, it has notes of bitter dark chocolate, malty biscuit, espresso and a touch of liquorice, plus delicious smoky notes that guide the palate towards the bitter end.

Now you can be in with the chance of tasting this rather special, limited edition drink. Ardbeg has teamed up with ShortList to offer one lucky reader a chance to win the ultimate whisky and beer bundle from Ardbeg - worth a whopping £300.

As well as 2 cases of The Shortie Smoky Porter, you’ll also get your hands on an incredible whisky bundle that includes full size bottles of Ardbeg Ten Years Old, Ardbeg An Oa, Ardbeg Wee Beastie, Ardbeg Corryvreckan and Ardbeg Uigeadail, plus an Ardbeg T-Shirt and a set of Ardbeg Tumblers!

This amazing prize can be yours to drink responsibly and share among friends, so they too can sample Ardbeg’s whisky and beer delights.

To be in with a chance of winning this fantastic prize, enter your email address below any why not follow Ardbeg on @Ardbeg across Twitter and Instagram as well?

The competition is open to UK residents only aged 18 or over and closes at midnight on 21st August 2020. The winner will be chosen at random.

Ardbeg is world famous for its whisky, a distillery that’s stood proud on the Isle of Islay for over 200 years now. Its heavily peated whiskies are famed for their complexity and signature smoky profile.

In the last decade alone, six of its Ardbeg expressions have won prestigious titles - these include World Whisky of the Year, Scotch Whisky of the Year and World’s Best Single Malt - and in 2020 it created its very own beer, The Shortie Smoky Porter.

Good Luck! And if you need any advice about your drinking habits, please head to Drinkaware.co.uk.

World Whisky Day: the whiskies to try and buy

A day dedicated to whisky? Oh my.
Alcohol

Craft beer is massive in Britain, but don’t sleep on the real ale movement.
Alcohol 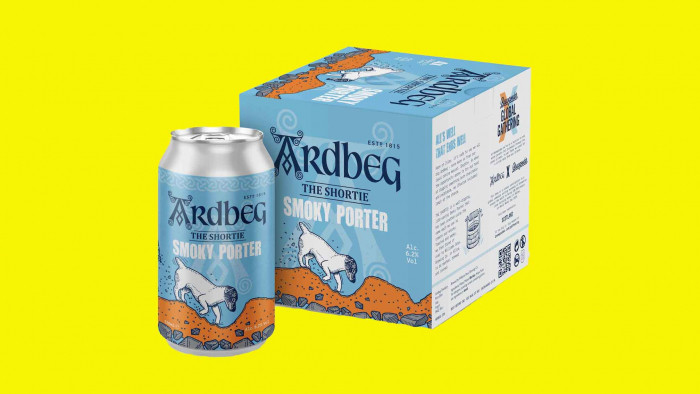 New beer has been created for Brewgooder's Global Gathering.