Another Samsung foldable phone may be on its way 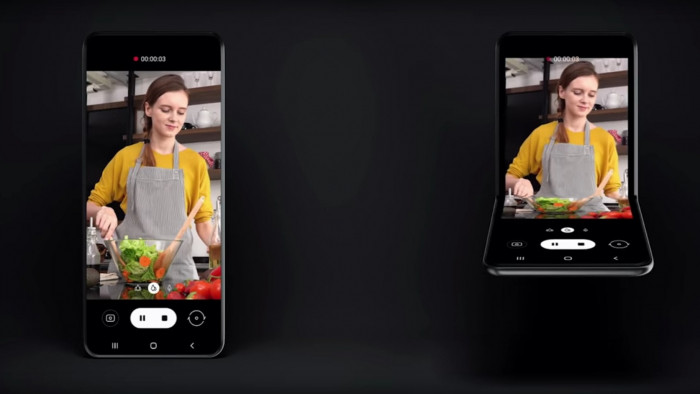 It’s fair to say that Samsung’s Galaxy Fold - its first venture into foldable phones - didn’t get off to the best start. After originally being released at the beginning of this year, it then had to be withdrawn due to them breaking almost immediately when reviewers started their testing, the phone was finally officially launched in September.

Now, it seems Samsung’s foldable display technology will not be limited to this style of book-like phone. The company has used its annual Developer Conference to preview a phone that folds vertically - making it look not dissimilar to the classic flip phones of the late 90s.

The phone is still a long way from ever being on the market, as Samsung says it’s only currently “exploring” the concept as part of wider developments into foldable tech, but there’s definitely been a lot of work put into the design so far.

Attendees of #SDC19 got a sneak peek at a brand new form factor Samsung is exploring for the foldable category of devices. #SamsungEventpic.twitter.com/rGtpvNj0SJ
— Samsung US Newsroom (@SamsungNewsUS) October 29, 2019

A short demo of what the phone could - in theory - do showed a user recording a video in full screen, before showing how the phone’s screen would then adapt when folded at 90 degrees.

The 90 degrees fold essentially means the phone could be its own stand, making it ideal for those of you among us who actually know how to make hands-free TikTok videos (or you know, want to).

This ‘clamshell’ style phone certainly seems more portable. When folded should easily fit into most pockets, but still offer a near 6-inch screen when unfolded (the size most of us have come to expect from our smartphones).

And while it’s all still hypothetical at this point, there is certainly some interest in the sector. In May this year, Motorola teased the prospect of reviving the RAZR as a foldable phone.