An early, unplayed Nintendo PlayStation prototype is up for sale

It's a real gaming rarity. 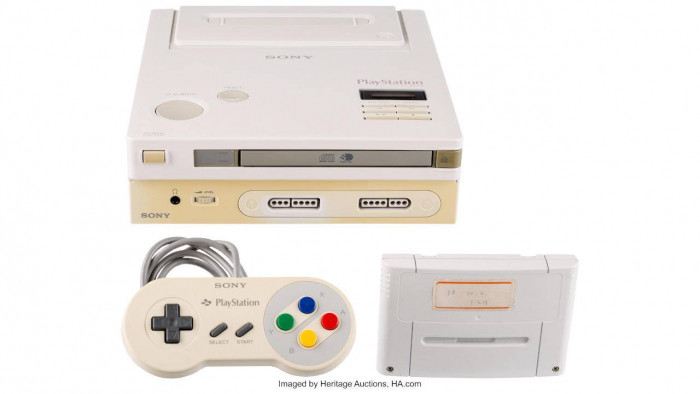 You read that headline right – Nintendo was once developing a PlayStation. And now it's up for sale.

Created as a prototype in the early 90s, the console was a joint effort between Sony and Nintendo. But it never made it to market due to differences of opinion at the two companies.

The project was abandoned in 1991: only three years later, in 1994, Sony released its own iconic PlayStation model, and the rest was history.

But the prototype remains – and it's being auctioned by Heritage Auctions next year. The model was found after Terry Diebold bought an abandoned lot from a former Sony exec; since then, he's turned down several pretty tasty offers for the machine after touring the world showing it off.

As Kotaku points out, prices could hit some eye-watering highs. It notes a sealed copy of Super Mario Bros that sold for $100,000 earlier this year, and a $1million winning bid that bagged a buyer 40 collectible games. Yes: four zero. Forty.

So with something as rare as this – and something so substantial – it seems likely that prices will be just as impressive.

As for how much it will reach? Heritage Auctions say "the market will determine the price", which is a polite way of saying "this is going to be really, really expensive". Bidding starts in February 2020, if for some reason you have a spare few hundred thousand pounds lying about and you fancy getting your hands on this.