The latest Echo Dot is their best-looking speaker yet. 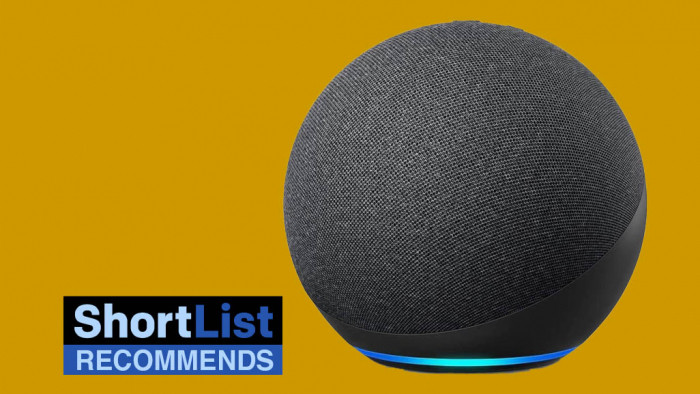 When the new Amazon Echo Dot, and its bigger sibling, was revealed to the world we weren't quite ready for just how much of a design change the speaker was going through.

Gone was the diminutive hockey puck chassis and in its place a snow globe like presence.

This is a big deal for Amazon - the Echo Dot is undoubtedly its most popular speaker due to the price (just £49.99). Given the original premise of the Dot was to be an Alexa conduit (albeit with speaker capabilities), it was seen as the speaker not to be seen - tucking nicely behind a better audio device and making it smart.

That's changed now. Amazon, with this new design, wants the Echo Dot to have pride and place in your home - here are 5 things you need to know.

1. The new design is the best yet

Amazon has decided that enough is enough when it comes to speaker design and has created something that will blend in better with your home furnishings, rather than its cylindrical speakers of yore.

The new design sees the Dot as a sphere - its controls no longer circular buttons on top of a flat surface but malleable icons sitting nicely atop a curve.

The blue light, which signifies Alexa is listening and doing what you want it to do, is now situated at the bottom of the device, giving a nice glow to the small plastic base squaring off the sphere. The plastic of the base shifts up, too, covering about half of the back of the device. The rest of the Dot is clad in similar fabric to the 3rd gen Dot - our review unit was Charcoal but there's also Glacier White and Twilight Blue colours to choose from.

Round the back of this base is the power connector and 3.5 mm audio line out.

2. The speaker tech has one key difference

Amazon hasn't sought to change the speaker technology inside the new Amazon Echo Dot but the shape of the thing means that there is a key difference here. Where the original Dot had a 1.6-inch speaker, this one is the same size but front firing. While this doesn't make a substantial difference to the sound quality, we do feel that it is an upgrade.

While it may look like the new Amazon Echo Dot 4th Gen is bigger than the 3rd gen Echo Dot, it has the same 3.9-inch width. It is a good two inches taller, though, which again points to Amazon wanting you to have this speaker on display and not tucked away.

3. Setup is simple, as always

Anyone that already has an Echo will be right at home with the new Amazon Echo Dot. Setup is done through the Amazon Alexa app and it takes around a minute to go from 'nay' to 'yay'. The light at the bottom of the Echo Dot tells you when the setup is complete - it glows orange until the Echo Dot is sentient and plugged into your Wi-Fi then you get the familiar blue glow. Once that's all sorted you can assign the Dot a room and all that gubbins.

If you are happy that's all sorted, then you don't really need to go back into the app again. Amazon really wants you to use the app, though, but we found using the Dot without it absolutely fine.

We've been using the Amazon Echo Dot (4th Gen) in our office for a week or so now and it's a competent speaker... for its size and its price.

You don't get an expansive sound out of it but it sounds warmer than what you got on the 3rd Gen. It isn't a speaker to listen to the nuances of a Radiohead record, or turn up to 10 to get the bass of a Thundercat track but it's capable and competent in small rooms and better than what we were expecting due to its size.

Given Amazon wants you to have this speaker on show, it's done enough with its tuning to make sure that the sound doesn't disappoint.

5. The Echo Dot is as smart as you want it to be

The best thing about the Amazon Echo Dot is Alexa - it's a cheap way into using the smart assistant and with this one speaker you can control the lights in your house (if you have something like Hive), set timers, link it up with your digital doorbell and so on.

It's a cheap way into the smart home and given you can link up around 10,000 smart devices to Alexa it could be the start of a very fruitful 'smart' relationship.

On the flip side, if you just want to use your voice to ask Alexa the time, put on your favourite radio station and give you weather advice, then this diminutive device is there for that, too.

There is no better budget speaker on the market right now that can deliver what the Amazon Echo Dot (4th Gen) can. It's great-looking, has a sound that just about pushes it above its price range in terms of quality and is an easy way into the smart home.

And if you want to spend an extra tenner, it'll come with a digital clock which would make it a really good bedside companion.

While previous Dots lurked in the shadows, out of sight, out of mind, this one already feels part of the furniture and that can only be a good thing.

UPDATE:With every purchase of the Amazon Echo Dot, you will now receive six months of free Amazon Music. Head to Amazon for more information.

Amazon Echo Dot (4th Gen)
£49.99
With an all-new spherical design, the Amazon Echo Dot is the best budget speaker you can get right now.
View now at Amazon
Available now!