Amazon drones will deliver within half an hour 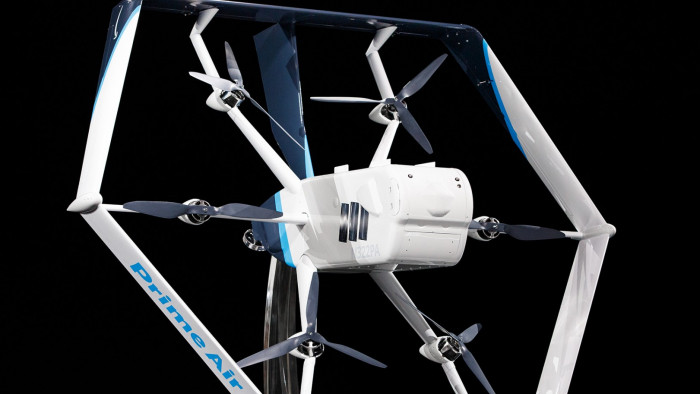 Does having to wait a whole day for your Amazon package to arrive seem like torture? While that probably suggests you’d crack pretty quickly if subjected to actual torture, you’ll be delighted to know that Amazon drone deliveries are back on track, and they could be flying over a head near you later this year.

Dubbed Prime Air, Amazon’s latest iteration of the drone – pictured above – promises to deliver packages within half an hour, as long as you live within 15 miles of the fulfillment centre. Oh, and as long as you’re not ordering anything enormous, like a sofa or a trampoline. This drone hasn’t spent enough time in the gym to lift anything larger than five pounds. In other words, the only way Amazon’s drones would carry an Xbox One X to your door is if they broke it in half first, which might impact the warranty.

The drones have six degrees of freedom to cope better with windy conditions, and they also comes with a bunch of sensors and AI to allow it to deal with obstacles such as clothesline and telephone wires. No word on how they’ll cope with kids trying to take one down with a slingshot, mind.

Amazon hopes that drone deliveries will not only be quicker, but help reduce the company’s carbon footprint, as electric drones able to travel in straight lines without traffic should be more efficient than lorries dealing with roads and other vehicles. Though environmentally speaking, you can’t imagine a sky full of drones would be a great boon for local bird populations.

Half hour deliveries are certainly helpful for Amazon’s bottom line, though. If you prefer your Amazon deliveries to be even faster, be sure to check out the best Amazon Prime series you can stream instantly, too.