​Amazon Alexa is on hand to stop family arguments this Christmas

The voice assistant's distraction tactics are second to none 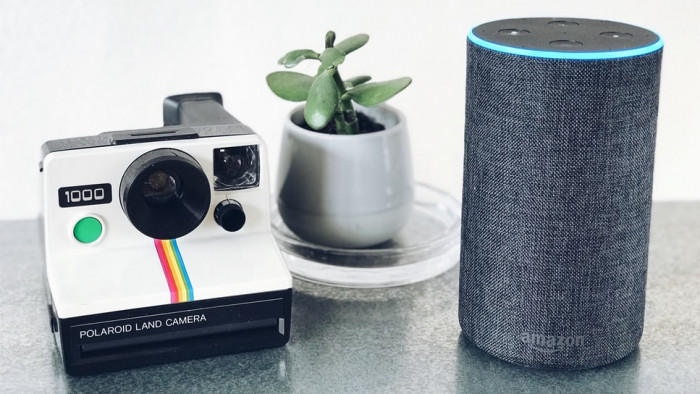 Christmas is always a tricky time - particularly when it comes to family feuds arising from perilous conversations about politics or simply from buying the wrong damn present. Now though, Amazon has stepped in in an attempt to regain some sort of order.

The company has announced that its Alexa voice activated assistant will be on hand over the Christmas period to defuse all manner of family disputes.

How so? By changing the subject entirely, of course.

The feature is activated by saying (or shouting depending on your level of desperation) ‘Alexa, change the subject’. The simple command - described by Amazon as a ‘distraction technique’ - will then trigger the Alexa voice assistant to generate a random subject in the hope of sparking a new debate.

We’re personally hoping to get the ‘Is Die Hard A Christmas FIlm?’ distraction or possibly the most quintessentially British debate ‘Scones - jam then cream, or cream then jam? Defend your reasoning. Go!’

It goes without saying that as much as these distraction techniques may well cease the current disagreement, but chances are you’re likely to open an entirely new can of worms by delving into some of Alexa’s offerings.

Alongside the age-old ‘does Pineapple belong on pizza?’ question, our favourite has to be: “Ok, let's change the subject. I've got a little bit of a thing for Professor Brian Cox. Do you have a celebrity crush? Who is it? And why?”

The news comes as a survey from the brand revealed that on average families are set to have their first tiff by 6.30pm on Christmas Day.

It’s no real wonder really, given that the research also shows that on average, we’re trapped in the same room as our relatives for an impressive 75 hours over the Christmas period.

Whatever the case, it’s one we’ll definitely be trying out after a glass or two of Baileys come 6.30pm.