A huge The Batman Easter egg has just been revealed

The Batman is now streaming in the home - and new details have been spotted. 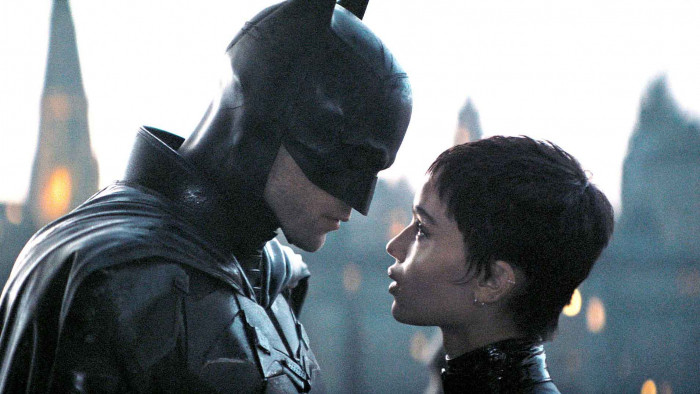 A mere six weeks after heading to the big screen, The Batman is now available to stream at home - and one eagle-eyed viewer has spotted a fantastic Easter egg that will make you want to watch the superhero movie all over again.

The Batman has been a huge box-office success for Warner Bros. The movie has (so far) taken $750 million at the box office, not bad considering that many are still avoiding theaters due to Covid concerns.

Jeff Goldstein, WB’s President of Domestic Distribution, is very happy that the big screen was a hit, though, saying about its success: “The incredible response we’ve seen at theaters across the country is a testament to both the enduring power of this iconic DC Super Hero and the huge appetite out there to experience great movies on the big screen. We congratulate everyone involved on reaching this impressive milestone.”

$750 million equates to a lot of eyes on the movie, but it has taken The Batman to hit the small screen (available to rent now in myriad countries, including HBO Max in the US and Prime Video and other places in the UK) for a significant detail to be revealed - and it's been confirmed by the director.

Much of The Batman's plot is centred on The Riddler (played by a brilliant Paul Dano) targeting significant official figures from Gotham.

While we are in the dark as to how he knows these figures are potentially corrupt, a tiny but significant detail actual explains all at 30-odd minutes into the movie.

Yep, that's The Riddler in a window opposite The Penguin's Iceberg Lounge, scoping those who go in and out of its premises.

While this would usually be filed under 'fan theory', The Batman director Matt Reeves took to Twitter to confirm "100%" that it was indeed The Riddler up in that window.

If you haven't seen The Batman yet, then we would recommend renting now. In our review, ShortList notes: "stripped of the DCEU, and all its baggage, what we have is a brilliant, brooding, bruising take on The Dark Knight mythos."

Watch The Batman on Prime Video in the UK now

Watch Batman on HBO Max in the US now