The 2022 Champions League Final is shaping up to be something special. Two of Europe's giants meet at a brilliant time for both clubs.

Liverpool may not have won the league this year but they have the FA Cup and are looking for the triple. Their manager Jurgen Klopp is also the official Premier League Manager of the Year.

Carlo Ancelotti's Real Madrid are title winners and Ancelotti is the manager who has now won the league title in five countries and will be looking for his fourth Champions League win.

In shorter: it's tighter than our trousers after a Christmas dinner.

To celebrate the fact Liverpool and Real Madrid will meet in France on Saturday night. we've picked the very finest net-bulgers from the biggest event in club football.

Let’s hope the big night serves up some goals half as special as these... 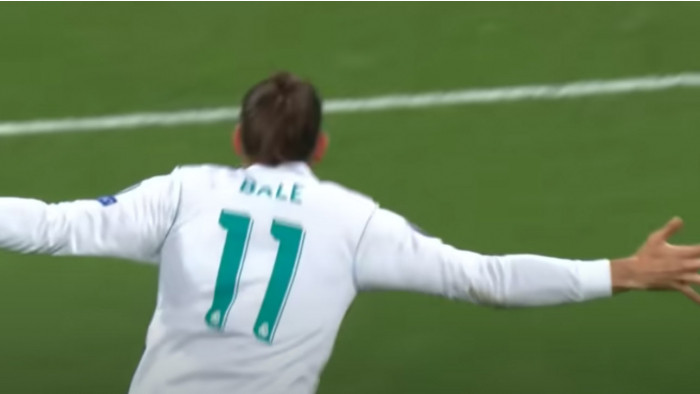 Gareth Bale's Real Madrid career has been patchy but the Welsh footballer has always delivered on the big occasions. Case in point a the Real Madrid-Liverpool clash in 2017. He was a substitute that came on in the 61st minute and scored a stunner of a volley that won the game. It was a bit like turning up late to a party, telling a joke that has the whole room in fits of laughter and immediately leaving with the best looking person there. Magical. 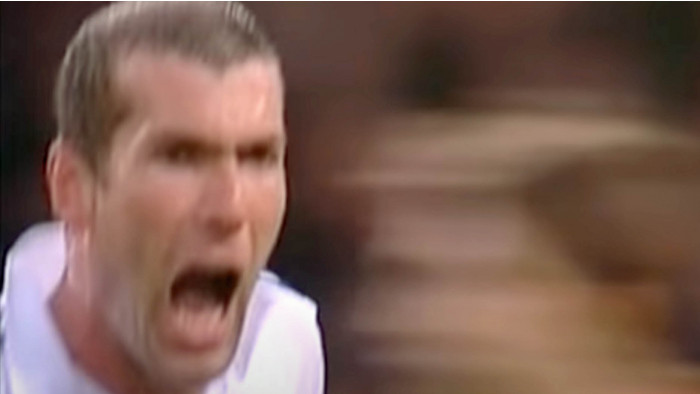 Let’s just get it out of the way, shall we? Because, frankly, this gravity-defying Zinedine Zidane pivot and volley, repaying every penny he cost with one majestic swivel of the hips before sending the ball into the top of the Bayern Leverkusen net, is very unlikely to be bettered in any final. Ever. 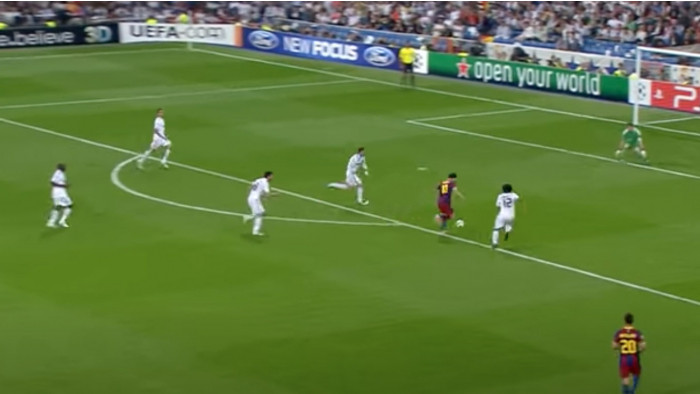 It starts with a pass between Messi and Sergio Busquets, with Busquets barely moving he watches as Messi runs in front of him, taps him the ball and then the next 20 seconds are Messi at his finest - four Real Madrid players down he ploughs the ball into the back on the net. Perfection 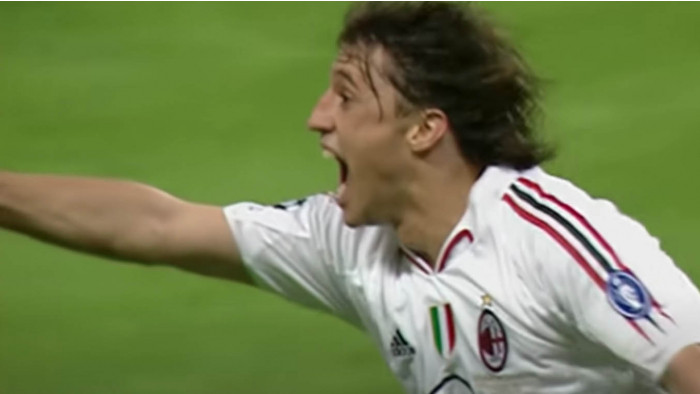 Lest we forget 2005’s Hernan Crespo. After racing to a half time 3-0 lead against Liverpool in Istanbul, AC Milan crumbled in the second half, eventually losing on penalties, meaning the Argentine striker’s stunning quick fire double was resigned to a mere footnote. For shame – his second goal, latching onto a grass-singingly accurate through ball from Kaka, was one of the classiest lob the tournament had ever seen, never mind a final. 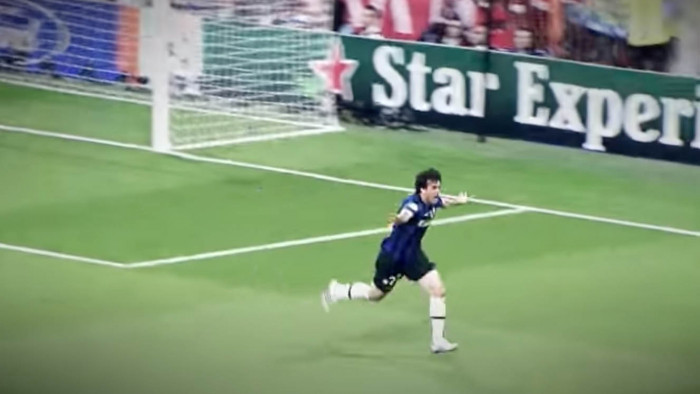 Sounds a bit like Mojito, scored a couple of beauties against Bayern Munich to win Inter Milan the 2010 Champions League title – is as fondly remembered as Diego Milito will be in some corners of the continent when he hangs up his boots. If you’ve not seen his famous brace which brought Jose Mourinho’s Inter Milan the trophy, it’s the latter of the two strikes, a jinking run and finish, that brought Bayern players to their knees. Literally. 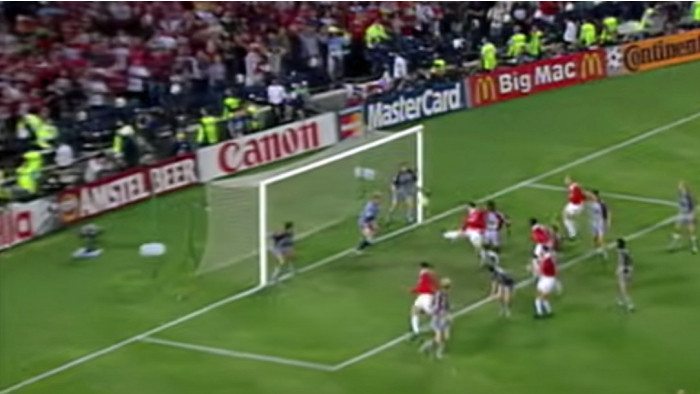 If there were one dramatic goal to rule them all, of course, this pouncing Ole Gunnar Solskjaer strike, recalled every time Clive Tyldesley harks back to ‘that night in Barcelona’ would surely be it. The baby-faced assassin was in the right place at the right time to clinch Alex Ferguson’s first Champion’s League title and, if you’re anything like Tyldsley, you’re unlikely to ever get bored of it. 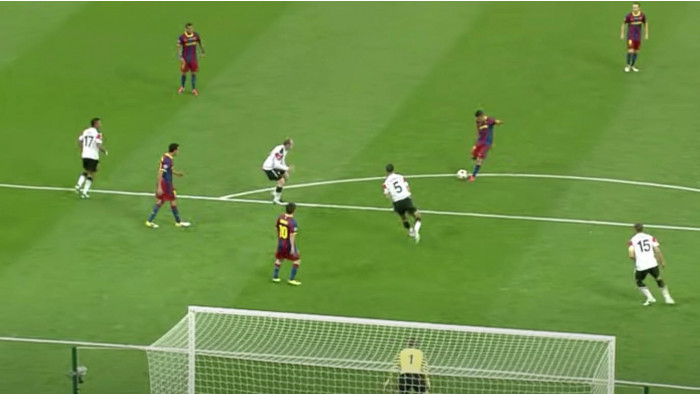 ‘Can we call it a draw?’ – the consensus for Manchester United fans when, for a second European final in a row, FC Barcelona tika-taka’d Sir Alex Ferguson’s team to death, plunging the final dagger into the corpse with this exquisite punt from David Villa, making it 3-1 to the Catalonians. Little back-lift, lots of zip, he made it look effortless. 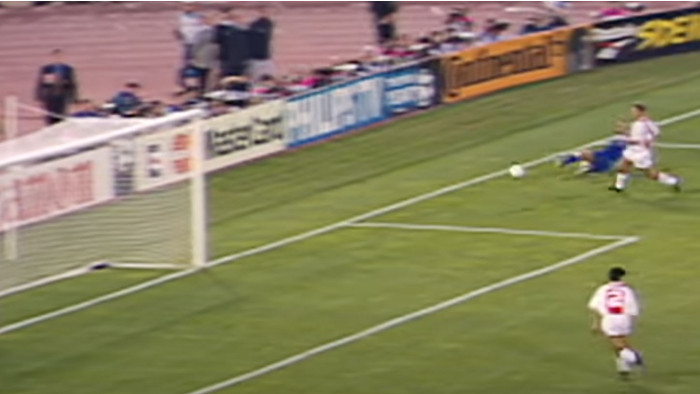 Sassier than his trademark frosted hairstyle, Ravanelli’s opening goal for Juventus (0.18 seconds), was dispatched from a near impossibly tight angle after exploiting an Ajax mix up at the back. No matter how many times you watch it (20 for us), hypnotically, it makes you believe it’s going to be cleared. His team went on to draw the match 1-1, taking the glory with five perfectly placed penalty kicks. 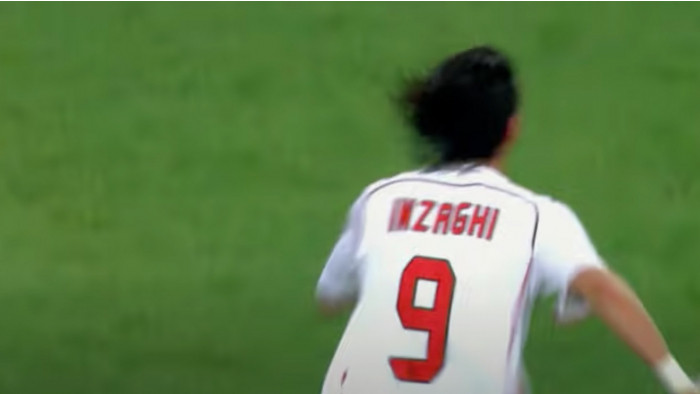 “That lad must have been born offside,” once said Alex Ferguson of serial goal hanger Filippo Inzaghi. Those goal poaching instincts were certainly evident in 2007’s final as he helped Milan to exact revenge against Liverpool, rounding the keeper and wrapping up victory with his second strike in a 2-0 victory. While not the greatest cup final goal in technical terms, because of what it meant to the Milanese side who’d capitulated so spectacularly in the same exact fixture two years earlier in Istanbul, it's now a defining moment in Champions League history. 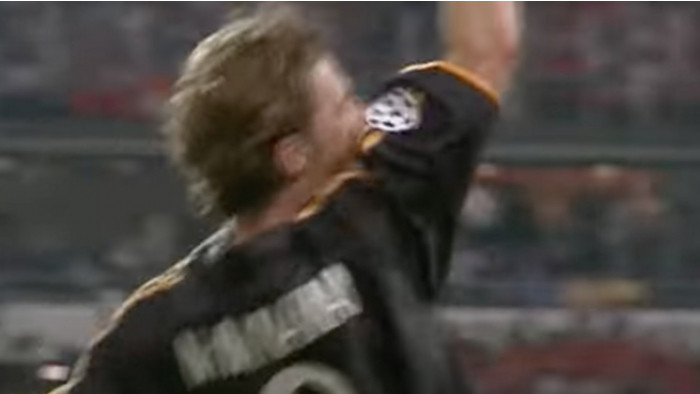 Over recent years England fans have witnessed many of its big name footballers turn out for Real Madrid - David Beckham, Michael Owen, Jonathan Woodgate (yes, he counts) – but none of these men are held with such high regard to Los Blancos fans than floppy haired winger Steve McManaman is. Much of the reverence stems from 2000’s 3-0 Champions League victory against Valencia, where Macca put in a man of the match performance, scoring the second with this magnificent upright karate kick volley. Chuck Norris would be proud.