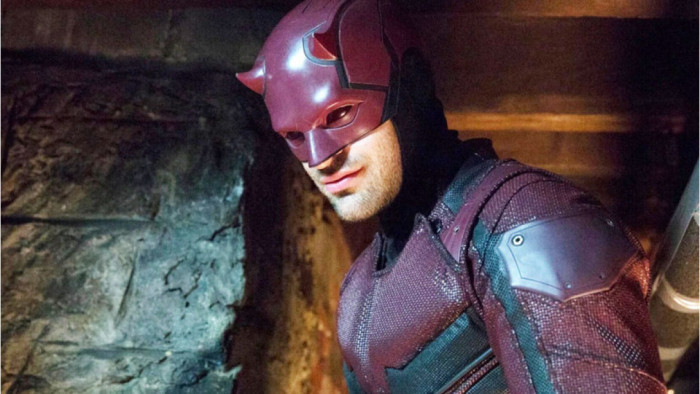 With Daredevil happy in his new home at Disney Plus it's all eyes on when, not if, the Marvel character will get another shot at some small-screen action.

While there has been talk of a Daredevil reboot, it's likely that we are going to see another cameo or two from him before then - and now we may know when one of these could land.

Before Hawkeye was even launched Disney Plus, it was revealed in November of last year that the show was already getting its own spin-off. Echo is set to follow the exploits of Maya Lopez, played by Alaqua Cox in Hawkeye.

A superhero who is deaf, Echo played a significant role in Hawkeye which ended up being a backdoor pilot for the character.

*small spoilers for Hawkeye and Spider-Man: No Way Home ahead*

Now, we have already had a Matt Murdoch cameo in Spider-Man: No Way Home - played once again by Charlie Cox - but we have yet to see the lawyer 'suit' in a Marvel Studios adventure.

According to a listing, though - which has now been deleted but picked up by The Direct - from a costume designer working on the project this may be what we are getting with Echo, a show that is also set to see the return of Vincent D’Onofrio as Kingpin.

Yes, we are in 'pinch of salt' territory here but it would make a lot of sense given the character's ties in the comic book to both hero and villain.

Echo, in the comic books, also has crossed paths with the likes of Moon Knight so we may see the character crop up in that current on-going series.

Echo is another Marvel series in a long line of those yet to be released on Disney Plus. Up next we are set to get Ms. Marvel, with She-Hulk, Secret Invasion, Ironheart, Armor Wars and The Guardians of the Galaxy Holiday Special to follow.

Although there is no current release date for Echo, Marion Dayre has been revealed as lead writer, who has been busy making sure that Better Call Saul ends with a bang.