You'll want to spend hours on the haunted streets of Tokyo. 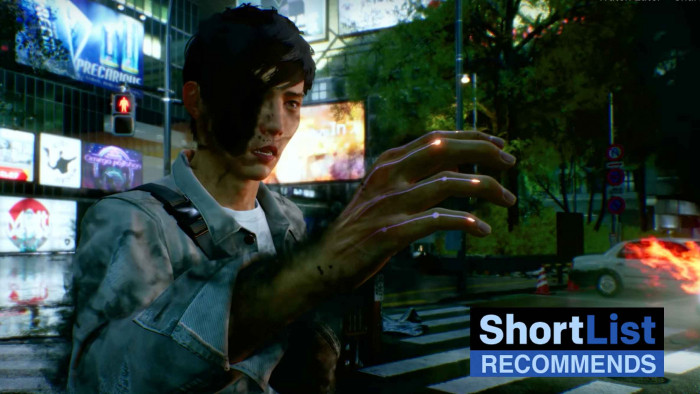 With the way the world is right now, it wouldn't be a surprise if some have decided to skip FPS war games and are on the hunt for something different. Ghostwire: Tokyo is just that, a scary shooter that forgoes weapons for special powers, war zones for the haunted streets of Tokyo.

Ghostwire: Tokyo is a weird and wonderful trip throughout, one that allows you to explore Japan's capital, an intricately detailed metropolis, while whipping you into a murder frenzy where you have take out apparition after apparition.

We've been playing Ghostwire: Tokyo for a good while now - here are five things to know...

Shibuya, after a massive paranormal event wipes out 99% of Tokyo's inhabitants, is the setting for Ghostwire: Tokyo. It's one that usually bristles with life but this vast setting is now devoid of people which means its mesmerising to just wander the near-deserted streets in the game.

The detail on show here is stunning. Abandoned neighbourhoods are mapped from the real Tokyo with landmarks such as the ward's infamous crossing and surplus of tower blocks are present.

Although the streets are pretty lifeless, it feels like the makers of Ghostwire: Tokyo have put their heart and soul into making the game as detailed as possible and the PS5's ray-tracing capabilities help to enhance this also.

2. You'll be engrossed by the spirited story

From minute one of Ghostwire: Tokyo you are thrust into the otherworldly. Your protagonist is the recently deceased Akito who is brought back to life by a spirit called KK. While the spirit wants complete control of Akito's body there is some inner fighting happening, with the relationship between the two akin to Venom and Eddie Brock.

Having KK inside Akito's body does come with a number of advantages, though, including special magic-like powers that help zap the myriad demons and ghosts the duo encounter throughout the game.

Through the first chapter you are hand-held by KK, who tells you just how to defeat the spirits you encounter (sinister supernatural beings that are out to hurt you).

It's a nice way to get to grips with the myriad ways you can defeat a spirit - from the magic that you possess (and need to top up) to more conventional stealth tactics.

3. The enemies will definitely creep you out

The sight of the spirits throughout Ghostwire: Tokyo really is haunting. From the first glimpse of the faceless men with umbrellas to the aggressive school girls and tortured, grotesque main bosses, there may not be a huge amount of differentiation between them from chapter to chapter, but they gave us a similar creepy feeling that we got when we first played Bioshock.

Throughout the abandoned roads of Shibuya, the abandoned corridors of the many buildings when you hear the low murmur that signifies they are close, it's pretty much always spine tingling.

4. The side quests mean this isn't a conventional FPS

Ghostwire: Tokyo starts to get really interesting when you veer away from the FPS on the main quest. Now, it's still fun if you just barrel straight through not veering off course (do this and there's around 20 hours' gameplay) but we invested some time in exploring and uncovering what happened to some of the inhabitants of Shibuya and it really enhances the game.

The streets may be deserted but memories and stories remain and bit by bit uncovering the tales of the suddenly vanished really is an adventure in itself.

Animals are a huge part of Ghostwire: Tokyo, so take time out to make sure you look after and care for them. The game allows you to pet the dogs you see and also feed them, as well as the cats that have been left behind.

The animals you encounter also feed into the Japanese culture that's prevalent throughout the game - from the folklore that's embodied in the spirits you encounter, to the history of Shibuya.

The more you explore in Ghostwire: Tokyo, the more the game awards you. It's an FPS that's packed with rich detail that mean that side quests feel as essential as the main game.

While the combat is solid throughout, what really lifts the spirits is the level of detail on offer here. It means that the deserted streets of Shibuya will be a place you will want to come back to time and time again, even if the action in the main storyline does get a little repetitive after a while.

Ghostwire: Tokyo is available to buy from 25 March, on both PS5 and PC (we reviewed the PS5 version).