To paraphrase legendary wordsmiths Trey Parker and Matt Stone: if you want to show a lot of things happening at once and remind everyone of what’s going on, with every shot showing a little improvement, that’s a montage. Oh, we want a montage.

No decade did the montage better than the ’80s. A time when most of Hollywood’s morning routine involved cocaine, testosterone injections and Pop Tarts.

UPDATE: Rocky IV is being re-edited and Stallone has given the movie a new name. It will now be called Rocky Vs Drago: The Ultimate Directors' Cut. When the movie is re-released it will also be accompanied by a behind-the-scenes documentary. Let's hope that Stallone has added to the montage factor!

As our best ’80s movies list proves, this made for some classic movies. But if you want to know the real stars of the ‘80s, then you have to look beyond the Empire Strikes Backs and Raiders Of The Lost Arks of the movie world and seek out the films that would be nothing without their montages.

Now, there are different types of montage and we’ve tried to include as many of them as possible. Whether it’s a musical montage or a training montage, here are our favourite montages of the ’80s. Oh, and if we write the word montage twice more then 5% of this intro will be made up of the word. While this sounds impressive it is actually well below Rocky IV’s claim to fame - that the movie is officially 31% montage.

If all of this has gotten you geared up to wallow in ‘80s nostalgia, then we wholeheartedly recommend Cobra Kai, the Karate Kid TV show now streaming on Netflix.

If you are still with us, then get voting on the best movie montages from the '80s. 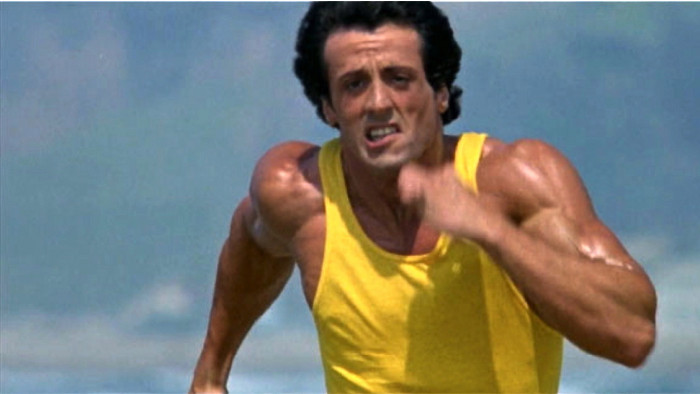 We couldn’t decide between the Rocky III training montage, which involves Balboa’s increasingly difficult training regime interspersed with him and Apollo Creed running on a beach in increasingly skimpy clothes, or Rocky IV’s American man in mountains versus Russian man in a high-tech gym. Both are excellent, but Rocky III’s use of Bill Conti’s score may just push it ahead. Either way, the Rocky movies will always be the king of the montage and that’s a wonderful thing. 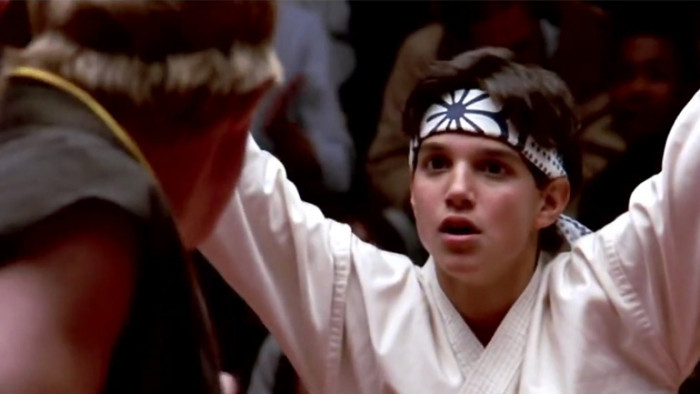 Ah, the movie that empowered us to write this here list. Watch Karate Kid again and you will be surprised by just how good it is and how well it nails a montage. There is a very good reason for this, its director is John G. Avildsen who also directed… Rocky. There is many a montage in the film but our favourite is the one that comes before the final fight, where Ralph Macchio’s Daniel San proves to the crowd that he’s got what it takes to become The Karate Kid.

Song that makes the montage: Joe Esposito’s You're the Best 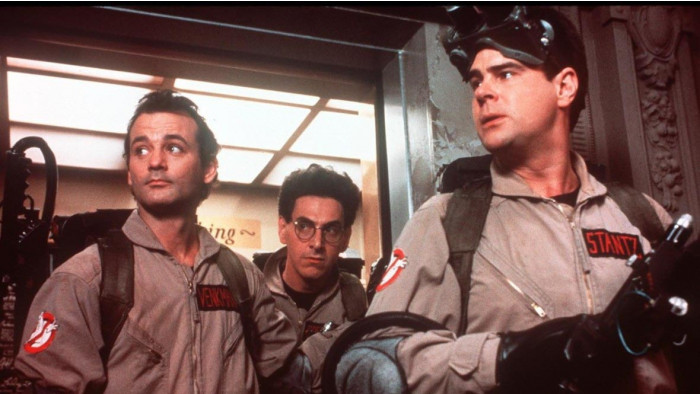 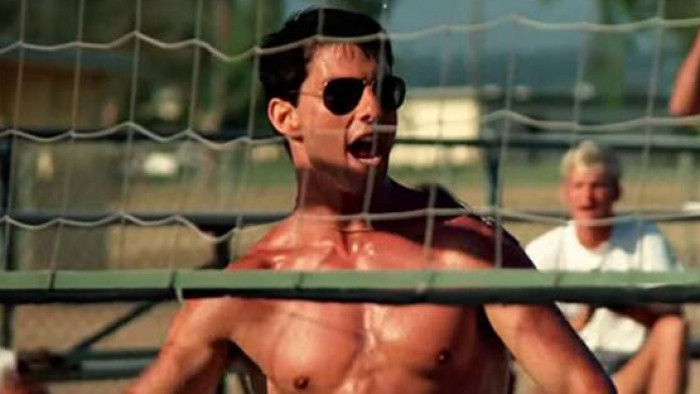 According to Quentin Tarantino’s monologue in the movie Sleep With Me, Top Gun is a story about a man's struggle with his own homosexuality. Whether that is the subtext or not to Tom Cruise’s flight of fancy, one of the best montages in the movie is the volleyball scene which comprises 90% oiled-up rippling man muscle, all set to a song called Playing With The Boys. That sound you hear is the subtext turning into the text.

Song that makes the montage: Kenny Loggins’ Playing With The Boys 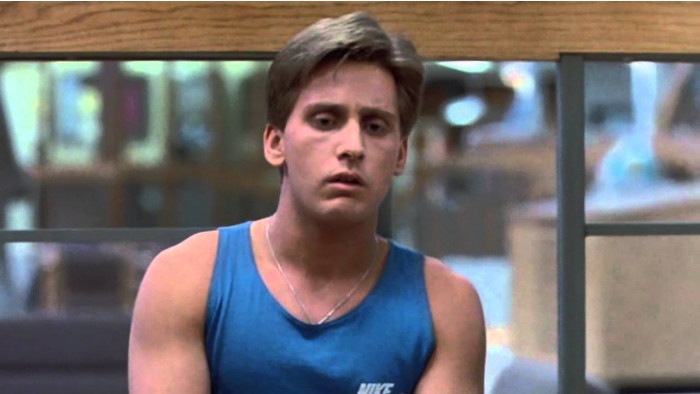 Usually if you smoke a bit of weed you get the munchies and want to watch crap TV (allegedly). Not so in the Breakfast Club. When the kids in detention get high, they show off the people they really are / want to be in a fun montage that involves a lot of dancing and pent up aggression. Stand out is Emilio Estevez who, after two tokes, rips off his shirt, pole vaults over some bookshelves and smashes a window with the power of his scream. We’ll have what they are having, please.

Song that makes the montage: Karla Devito’s We Are Not Alone 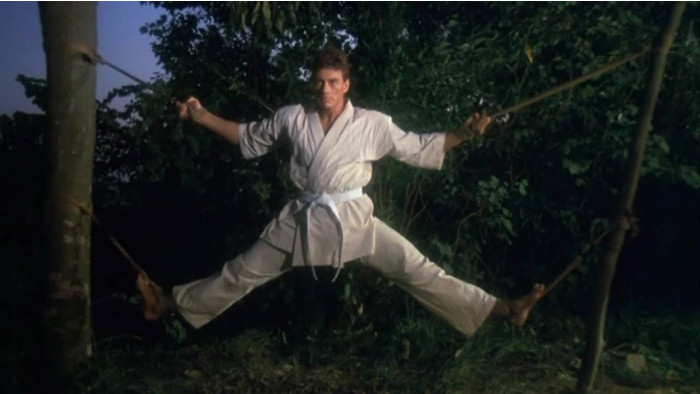 “Teach me, I can do it.” Those immortal words from Jean-Claude Van Damme are what begin one of the best (read: hokiest) training montages of all time. In total the montage is five minutes long. For the first two minutes we see Van Damme fall over again and again as he gets beaten up by his Japanese master. Then there’s a minute of him being blindfolded doing menial tasks and it ends with two excruciating minutes of him being tied between two trees, his legs being pulled apart until he perfects the splits, finally proving to his master he is ready.

Song that makes the montage: there isn’t one, just constant grunting and screaming courtesy of Van Damme. 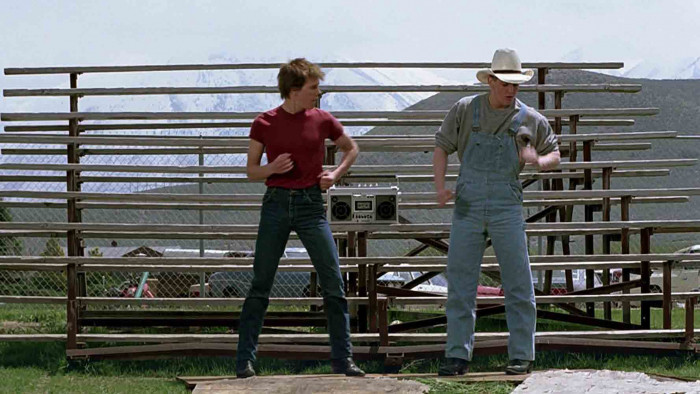 Footloose is a fun, feel-good movie about a small town where rock music and dancing has been banned, that is until Kevin Bacon comes along and teaches everyone the secret of fancy footwork. Again, this is a movie with many montages but the scene where he teaches his friend Willard (a young Chris Penn) how to master the art of dance is our fave.

Song that makes the montage: Deniece Williams’ Let's Hear It for the Boy 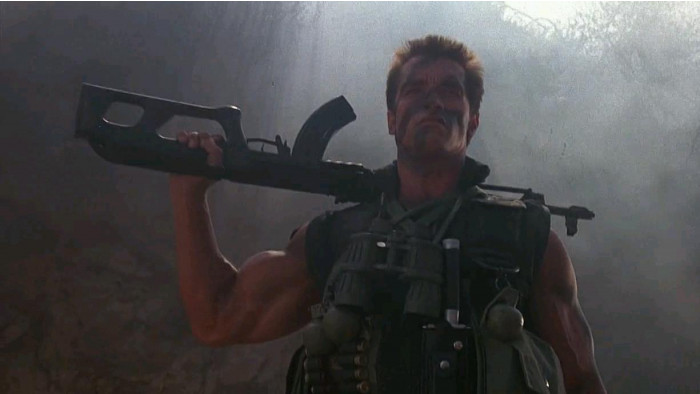 It’s just 20 seconds long but without this montage, of Arnold Schwarzenegger getting tooled up to kill many a bad guy, Commando just wouldn’t be the same movie. We see quick shots of guns being loaded, a bullet proof vest zipping up, knives sliding into their holders and camouflage paint being applied. At the end, the pièce de résistance is Arnie holding a rocket launcher and standing like the statue of David, except his little Arnold is firmly under all that weaponry. Brilliant stuff. 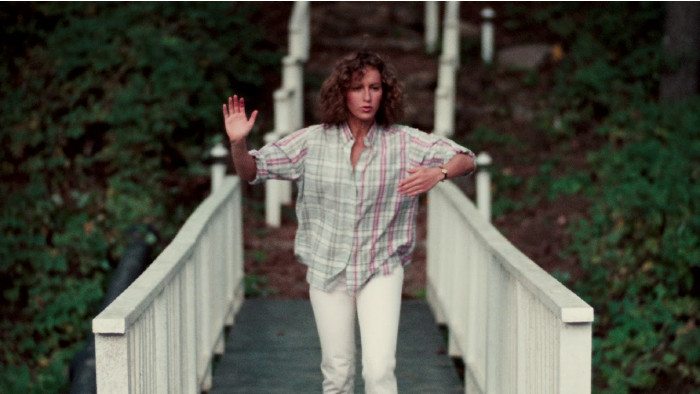 Not all montages have to be about violence and wanton destruction, Dirty Dancing has a magnificent series of shots showing improvement. Jennifer Grey is brilliant as Baby, the hapless dancer who is taught by ol' snake hips himself Johnny Castle (Patrick Swayze). In a few minutes we see Grey go from having two left feet to having the confidence to have the time of her life.

Song that makes the montage: The Surfaris’ Wipeout 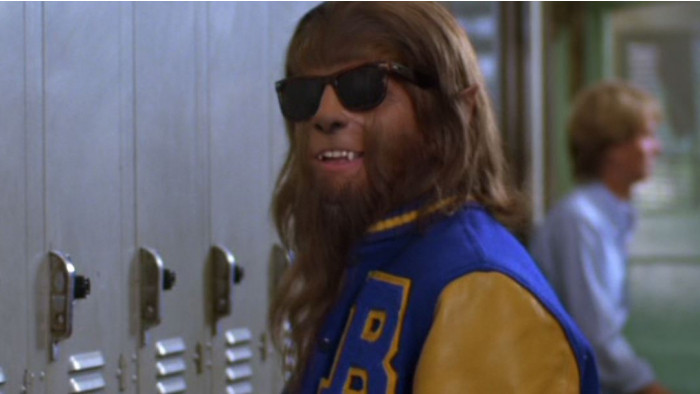 Michael J Fox stars as the teenager who just so happens to also be a werewolf, which is kind of cool at first but every story has to have a moral and this hairy fable does it through montage. The last 10 minutes or so of the movie sees Fox playing his best-ever game of basketball, all done without his inner animal coming out to play. It’s a masterful montage, full of slo-mo balls going into baskets and much fist pumping from Fox and the rest of the team.

Song that makes the montage: Mark Safan’s Win in the End