Since 1917, Converse has sold more than 800 million pairs of shoes globally. Of that 800 million, around two thirds were the brand’s iconic Chuck Taylor All Stars. Still, that doesn’t necessarily mean All Stars are the best Converse trainers. What about the other third?

From hyped-up, high-fashion collaborations to the brand’s skateboard-specific CONS line, this storied American footwear institution is more than just a one-trick pony.

From the all-time classics to the cult favourites you might have missed, here we roundup the best Converse trainers you can buy right now. 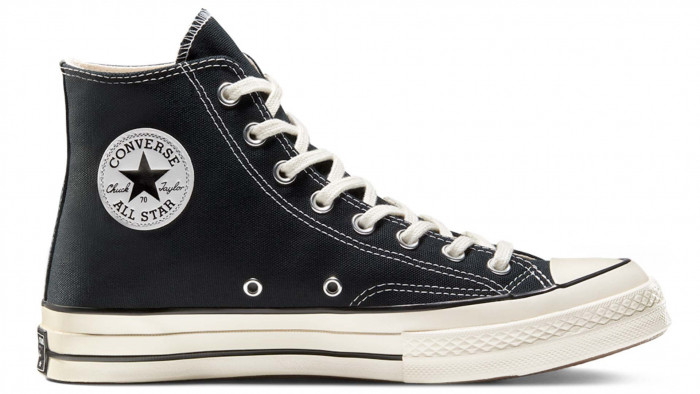 Modelled on the beefed-up Chucks that stampeded basketball courts in the 1970s, the Converse All Star Chuck Taylor ‘70 builds upon the OG design with equal parts retro detailing and increased comfort. A spongy insole provides more cushioning underfoot, while dual-layer canvas uppers and raised rubber rand amount to an overall sturdier feel. 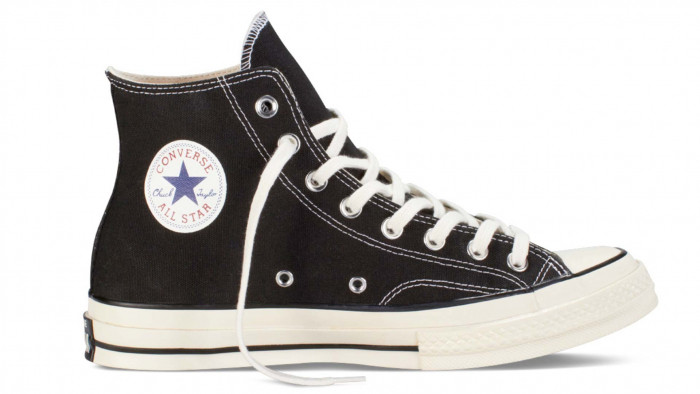 That the original Converse All Star Chuck Taylor has remained basically unchanged for over a century and is still one of the world’s best-selling trainers speaks for itself. The world’s first athlete-endorsed shoe, it’s more than just a nice piece of footwear. It’s a straight-up design classic and a must-own whether you’re a street-savvy sneakerhead or their grandparent. 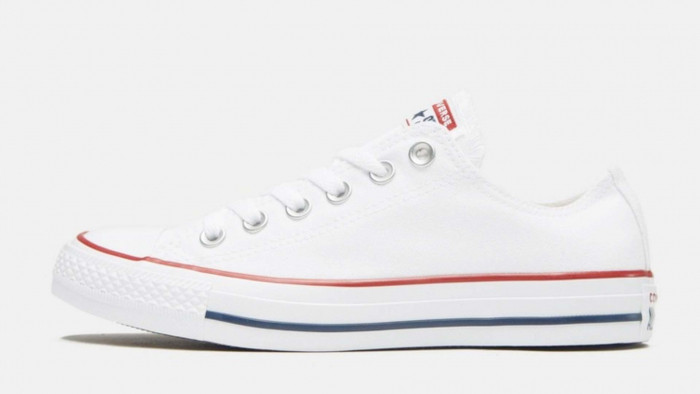 High-top trainers aren’t for everyone. Whether you find ankle-grazing kicks restricting or are just trying to avoid unsightly tan lines in the summer, this low-top version of Converse’s iconic basketball shoe has you covered. All the good looks and versatility of the original, just in a slightly less lofty package. 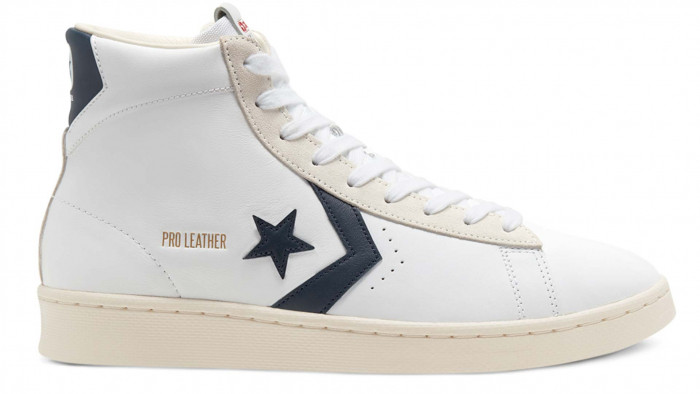 When the Converse Pro Leather made its debut in 1976 it was the lightest and most durable shoe on the basketball court. These days it’s not exactly groundbreaking from a technological point of view but from a style standpoint it’s as much of a looker as it ever was. A great plain white trainer option for those in search of something a little different. 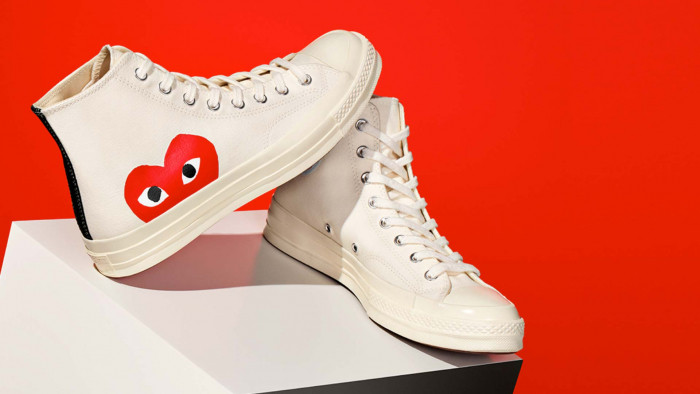 When avant-garde fashion house Comme des Garcons’ streetwear-leaning offshoot CDG Play first put its stamp on a pair of Converse Chuck ‘70s, it was an instant hit. The oversized bug-eyed heart logo has since become a common sight on the feet of hip-hop heavyweights and urban trendsetters alike and offers the rest of us that rarest of things: the chance to own a pair of high-fashion kicks for less than £100. If you shop hard enough online, anyway. 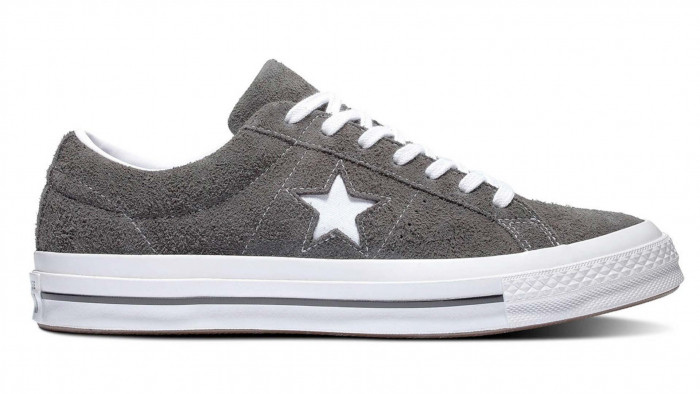 Converse’s One Star was originally introduced as a basketball shoe back in 1974, but it wasn’t until the 1990s it became the cult classic it is today. The One Star’s simple design, tough suede upper and grippy sole saw it become a favourite in the skate scene. Today it’s a streetwear staple and has even enjoyed collaborations with the likes of Carhartt, Undefeated and Tyler The Creator’s Golf Wang imprint. 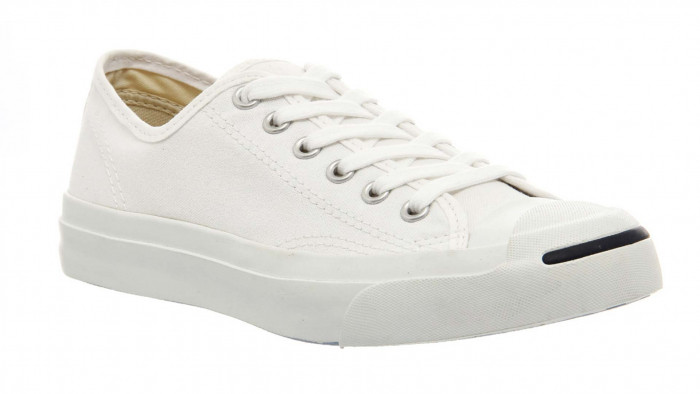 Originally designed by Canadian badminton legend Jack Purcell, Converse bought the rights to his eponymous canvas sneaker in the 1970s and still produces it to this day. Visually, it has a lot in common with the Chuck Taylor All Star, the main differences being the trademark ‘smile’ to the front and moulded detailing on the toe cap. 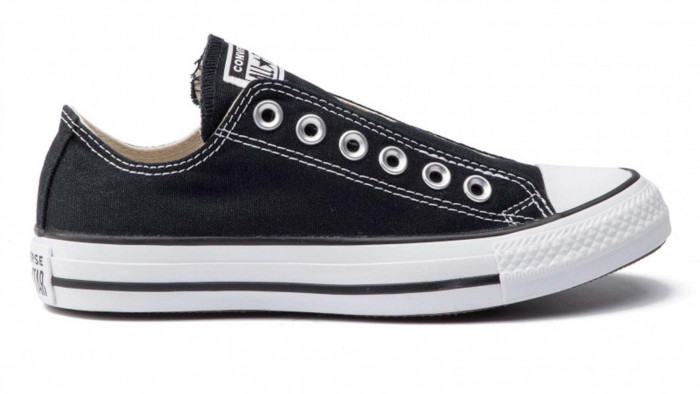 One of the few reservations people tend to have when it comes to wearing Converse All Stars is that they can be a bit of a pain to put on and take off. With a low-top silhouette and elasticated design, the Converse Chuck Taylor All Star Slip does away with laces while retaining all the other bits that make the All Star the classic it is.

The Converse x Pokémon edit has some stunning trainers that showcase one of the most popular games of all time. The collaboration is all part of the 25th anniversary celebration of Pokemon. As well as some personalised Chuck Taylor trainers with Pokemon designs, there are some t-shirt and cap designs available, too.

Converse says about the new designs: "Throwing it back to the Kanto region, where Trainers first began exploring the Pokémon world, an original class of Pokémon are interpreted on Converse’s Chuck Taylor All Star icon." Converse x Pokémon ranges from £35 – £62 while custom pricing varies. The trainers are available in youth and adult sizing.