Rouleur Classic LDN is set to showcase some of the industry’s best bicycles across road, gravel and electric. 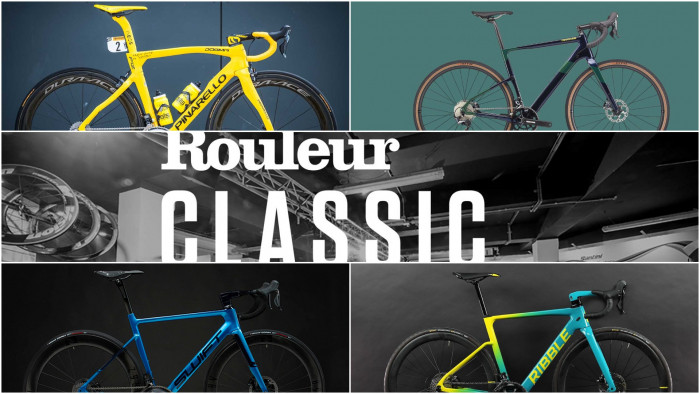 Rouleur Classic LDN, billed as 'the world’s finest cycling exhibition', is shaping up to be one of the best yet - which means some of the best bikes in the world will be on show.

This year’s show features the inaugural Panaracer Gravel Gallery as well as a host of Grand Tour winners and some of the industry’s most high tech electric bikes too.

Visitors to Rouleur Classic LDN will have the opportunity to rub shoulders with and hear from cycling superstars past and present including Tour de France winners and British cycling legends.

Rouleur Classic LDN opens on the evening of Thursday 31st October, running through to 2nd November, showcasing more than 50 premium cycling brands and exhibiting the latest in performance bicycles, clothing and accessories.

From the exquisite range of bikes on display, we spoke to the folks behind the show and they selected 10 of their favourite bikes that will be showcased - and you can vote for your favourite.

Tickets to the Rouleur Classic LDN are available now from £35 at www.rouleurclassic.cc. 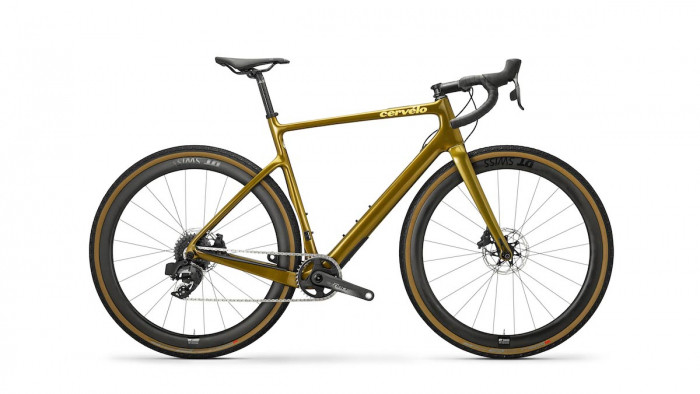 Expand your adventures with the Cervélo Aspero gravel bike new for 2019. With the burgeoning gravel cycling scene having been the catalyst for new ranges of bikes inspired by comfort and versatility, the Aspero leads the way when it comes to adding performance and speed into the mix.

With a nod to the brand’s rich racing expertise, the Cervélo Aspero’s stiffness provides brilliant power transfer and rapid responsiveness to achieve top speed. With its eye catching golden finish, the Aspero will be hard to miss amongst its competitors in the new Panaracer Gravel Gallery. 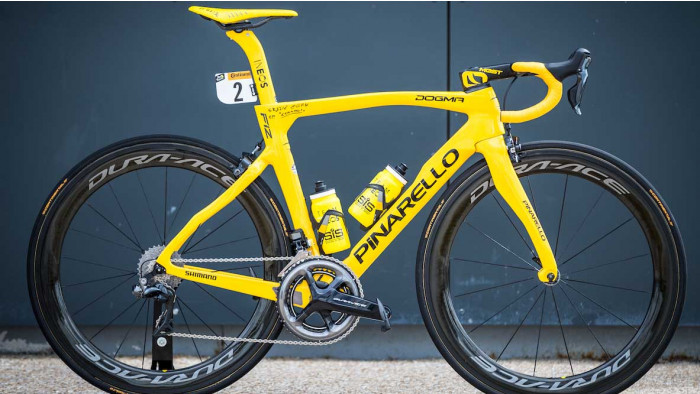 Not just any Dogma F12, on display at Victoria House will be this year’s Tour de France winning bike. This yellow edition model, ridden by Egan Bernal to victory this summer, sits alongside a selection of Grand Tour winning bicycles from the Italian brand. A familiar sight at the biggest races of the season, the Pinarello Dogma F12 seeks to build upon the brand’s already great reputation, providing diverse gains from aerodynamics and further integration. Simply a stunning machine ready to be ridden fast. 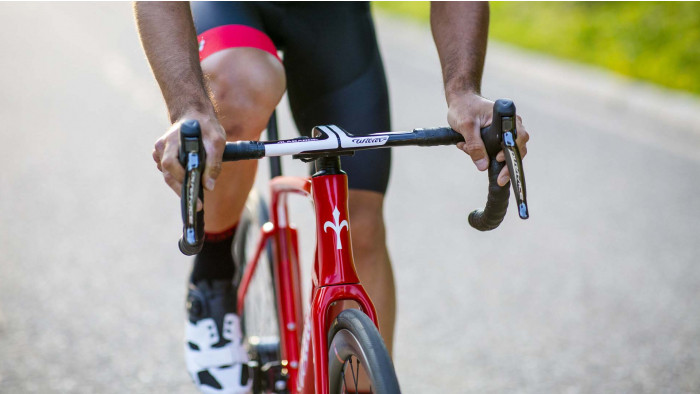 Total integration, the stand-out feature of the new Wilier Cento 10 Hybrid electric bicycle which broke barriers as the lightest production electric bicycle on the market, when launched this year, at just 10.5kg. This pedal-assist machine is built for speed and comfort through its aerodynamic design and full internal cable system giving as smooth a finish as possible. From the integrated Albarda handlebar, through to the downtube-housed battery and slim, aero lines drawn straight from the brand’s flagship racing model, the Cento 10 Hybrid wants to go fast.

Wilier has incorporated the popular Ebikemotion hub motor configuration which provides up to an addition 250 Watts of power on the road, paired with an iWoc control unit integrated into the carbon handlebar. Go further for longer with the Cento 10 Hybrid. 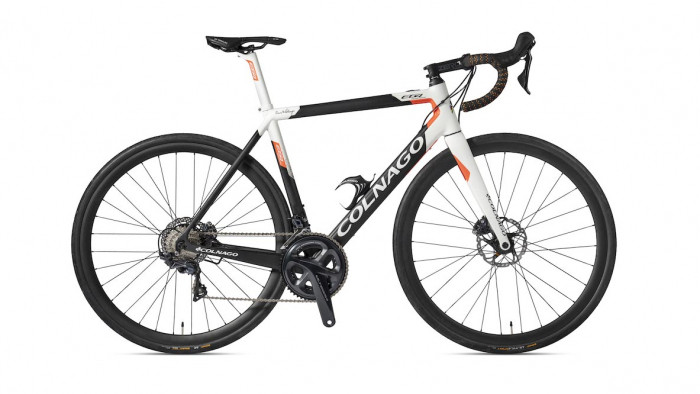 Alongside some of the finest road and gravel machines available, Rouleur Classic LDN plays host to some of the latest and most innovative electric road bicycles too. A brand known for Italian heritage and historical success in the professional peloton, Colnago has added an electric version of its flagship C64 bike to the range. Weighing just 12kg, the E64 houses a hidden Ebikemotion hub motor system which features a neatly placed battery in the downtube of the full carbon monocoque frame, connected to a hub-based motor. This bicycle is confirmation that eRoad bicycles can look just like their mechanical racing counterparts. 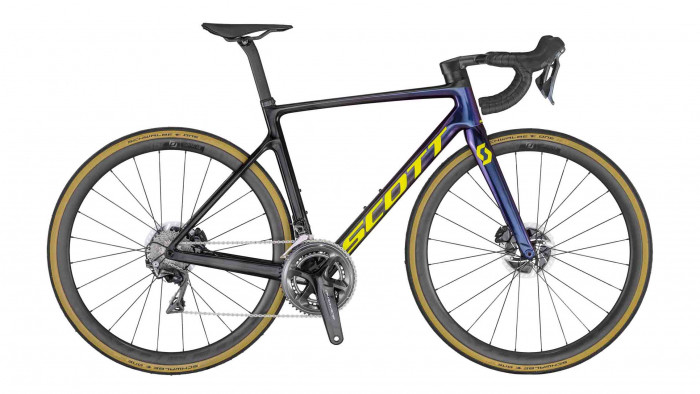 As ridden to multiple race victories over the course of the season by the WorldTour professional team Mitchelton-SCOTT, one that includes British brothers Adam and Simon Yates, the SCOTT Addict RC Pro Bike is one of dreams for most of us mere mortals. Whether sprinting to the line or pushing over the summit of the day’s final ascent, this versatile bike offers high performance throughout in a responsive and fast ride that tips the scales at just over 7kg. 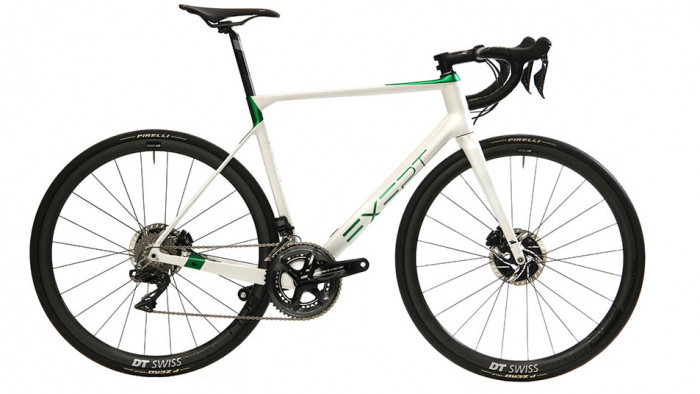 One of the lesser known brands on show at Rouleur Classic LDN is Italian manufacturer EXEPT who come equipped with a range of their custom monocoque carbon bikes, made individually to measure and to fit your riding style. With simple paint schemes that still manage to carry some of the Italian flair that’s synonymous with bikes from a country with such a rich cycling history, EXEPT will be a welcome new look for many.

Alongside a showcase of their bikes will be former professional rider and Giro d’Italia winner Damiano Cunego, now an EXEPT brand ambassador, who will be launching his custom bike at the show as well as spending time on stage speaking to the theatre audience. 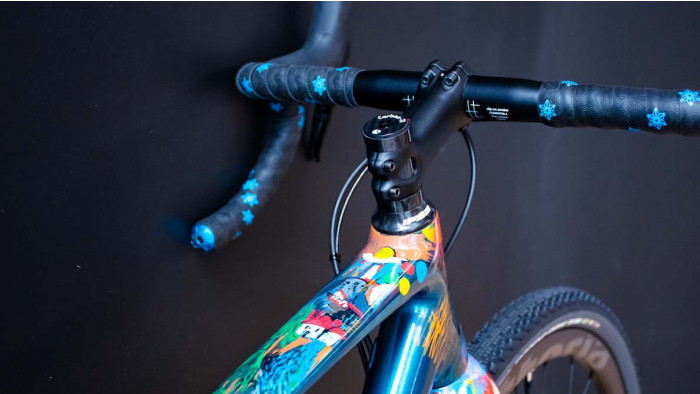 A collaboration with Italian artist Luca Di Maggio has produced this stunning paint job for Titici’s premium Flexy F-GR02, a gravel build which possesses P.A.T technology to lessen vibrations by nearly 20%. Offering the versatility of either 700c or 650b sized wheels, this bike not only catches the eye for its looks thanks to Di Maggio’s work but also its robust performance across tarmac and the varied terrain of trails and dirt/gravel tracks. Its geometry retains the comfort required to explore the world however you wish, while the innate rigidity allows for immediate power transfer and acceleration when in pursuit of your best. 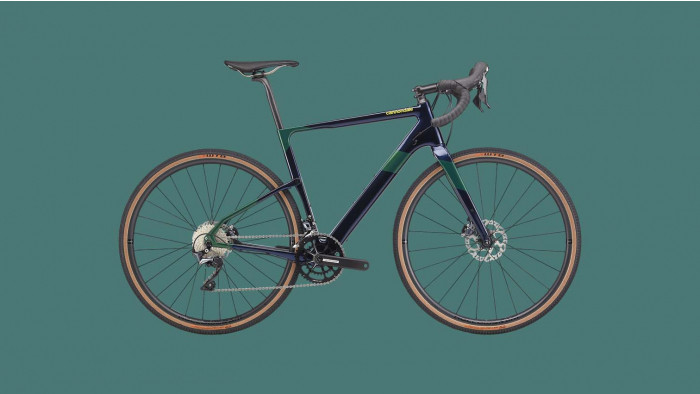 Sticking with the Gravel theme, Cannondale will be displaying their new Topstone Carbon as ridden on number of impressive off-road feats by pro rider Lachlan Morton. The EF Education First Pro Cycling Team rider will also be on stage at Rouleur Classic LDN to give insight into both the machine and the fast-growing gravel scene itself. A unique creation which features both 30mm worth of suspension and dropper seat post ready technology; the Cannondale Topstone Carbon is equipped to handle everything. 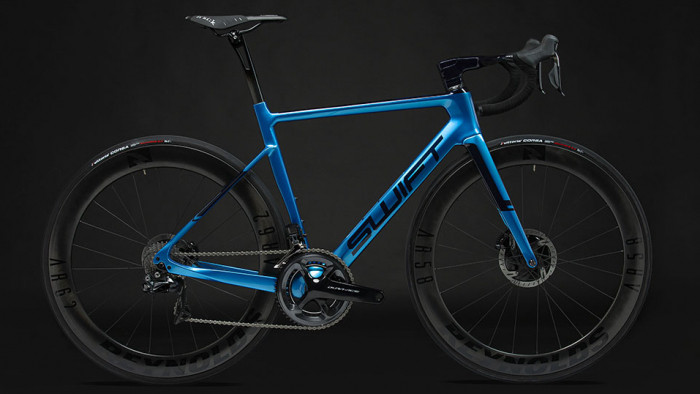 The latest addition to SwiftCarbon’s growing range, one that keeps raising eyebrows in all the right ways, is the RaceVox Disc - their ultimate racing bicycle. Self-described as a do-it-all superbike, the RaceVox Disc is built ready to be aggressive. With the model on display to be kitted out with an electronic DuraAce Di2 groupset, sitting on a frameset resplendent in British Racing Green, heads will be turned by this brand that impresses more and more with each new model released. 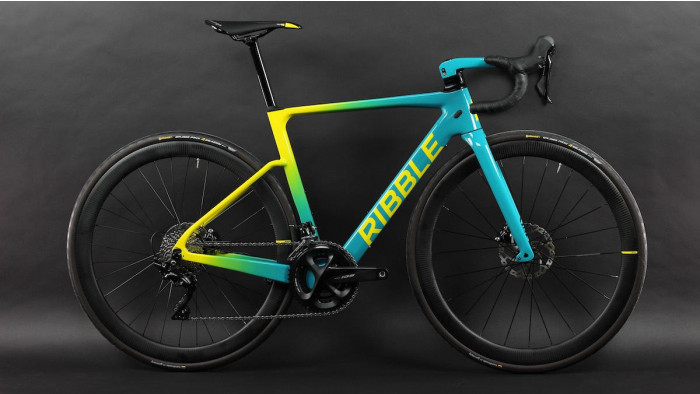 Ribble will showcase their updated CustomColour program, allowing personalised custom designs across your new frame, with their own electric bike - the Endurace SLe. Tipping the scales at just 11kg, the Endurace SLe has already been endorsed by former Tour de France yellow jersey wearer and now Ribble ambassador Sean Yates, who will be in attendance talking on stage with Sir Bradley Wiggins.

At first look you’d be forgiven for missing the internal motor system, with a sleek downtube concealed battery and hub-based Ebikemotion motor system used. With its low weight and geometry that bridges the gap between aggressive and comfortable positions, as the name suggests, riding the Endurace SLe is made easier and fun, with or without power assist.