Rise and shine in style with these best alarm clocks.

A great alarm clock won’t stop the toast burning. It won’t stop the rain. And it definitely won't make your boss less of an infuriating micro-manager.

But it might just transform that moment you wake-up from one of yawning existential horror to something some people might actually consider to be pleasant.

UPDATE: If you are looking for something to wake you up in a more natural way, then check out our best wake up light guide. These are alarm clocks that try and wake you with 'natural' light, rather than beeping.

With so many options available on the market, it can be hard to wade your way through the seemingly endless list of offerings. Alarm clocks with DAB radios, wake-up lights and wireless smart features seem to be everywhere, but the extensive array of options does mean you don’t have to rise to a bleep as robotic and unforgiving as The Terminator.

You’ll find some of the best alarm clocks you can buy today below. Upvote the one you’d like to use.

What comes after a good alarm clock? One of the best coffee machines, of course. 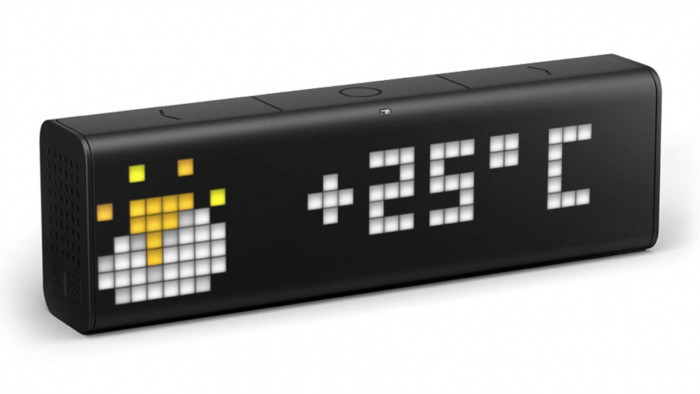 This is the Silicon Valley of alarm clocks. At first it seems like a kitschy black bar with an ironic ultra-blocky display, like some sort of ticker tape ad board.

But the LaMetric Time is a lot more. It’s a smart alarm clock you can tool up with micro apps, from your phone. It can run off the BBC News headlines, your Twitter follower count, play Spotify or internet radio. Overkill for an alarm clock? Maybe, but it’s a great fit for a nerdy-and-proud bedroom. 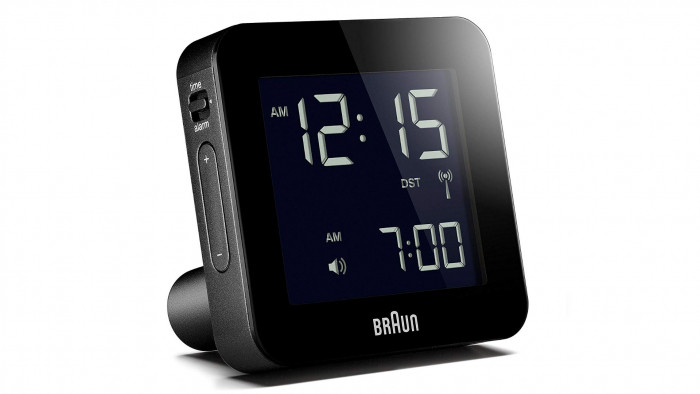 At first glance this might look like the most boring alarm clock you can possibly imagine. It’s almost all-black. There’s not a hint of retro and it ain’t exactly cute.

However, this is just about the purest alarm clock you can get. Its looks are minimalist, and as it uses RF wireless timekeeping you know the time is right, all the time. And the reverse LCD display is clearer to read in the day, and a little less glow-happy at night. Its pop-up snooze button is neat too. But, beware, it’s a bleep alarm only. 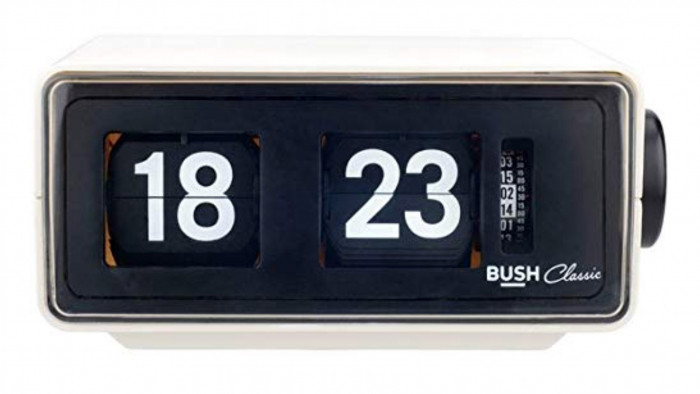 Bush has made some great retro-design radios over the last few years, and this is one we almost missed. Bear in mind it has almost no mod-cons, though. You’re not going to charge your phone using this slice of motel chic. It does have a radio, but it’s just an old FM tuner. And as it doesn’t have presets you’ll probably just keep it tuned to the one station. But it's retro gold. 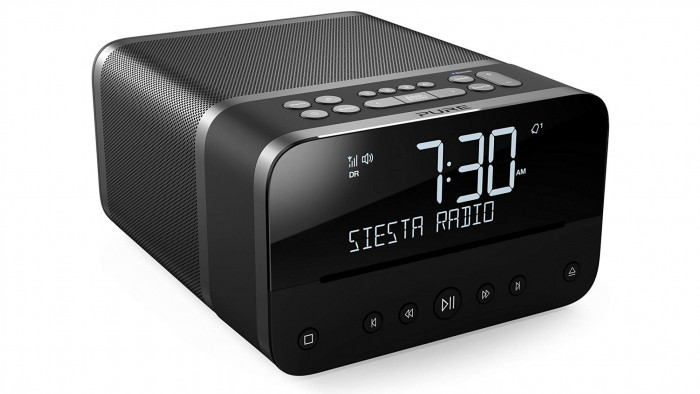 If you’re looking for the best-sounding alarm clock, stop right now. You’ve found it. The Pure Siesta Home has a big 3-inch speaker driver and two passive radiators for hi-fi-like bass. There’s even a CD player should you want to wake to the sounds of The Lighthouse Family’s greatest hits instead of a DAB radio station or a bleep.

The display auto-dims when it gets dark, there’s a USB port for phone charging and it looks smart too. One problem: it may cost more than you’re willing to spend on an alarm clock. But this is much more than just a way to wake up. 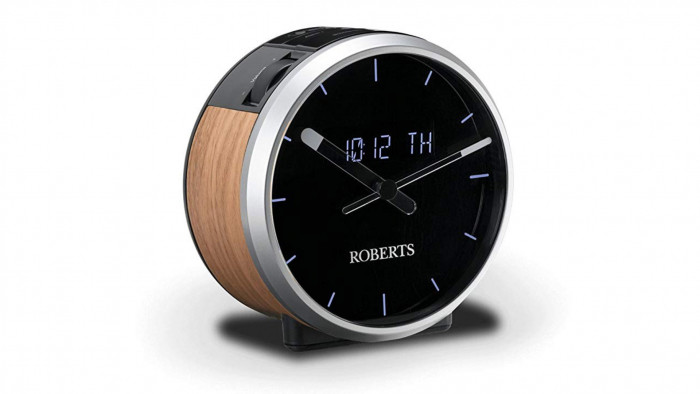 Roberts is a master of DAB radios, just like Pure. You get a seemingly unlikely pairing of DAB radio and a traditional round alarm clock in the Ortus-Time.

Granted, you probably didn’t think you’d want to spend this much on an alarm clock that looks so low-tech. But it sounds better than you would likely guess and is a great alternative to Pure’s Siesta radios. 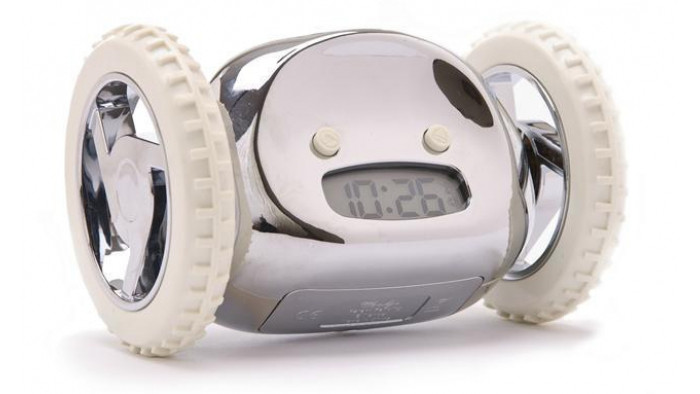 Clocky might well be the most annoying alarm clock you ever laid hands on - but at the same time, it might just save your job. Ideal for early risers who can't keep their fingers off the snooze button, Clocky's ability to flee from your bedside table is, quite honestly, remarkable. Two large wheels make it a mobile machine, and with a host of colour options, there's a clock to suit every taste. 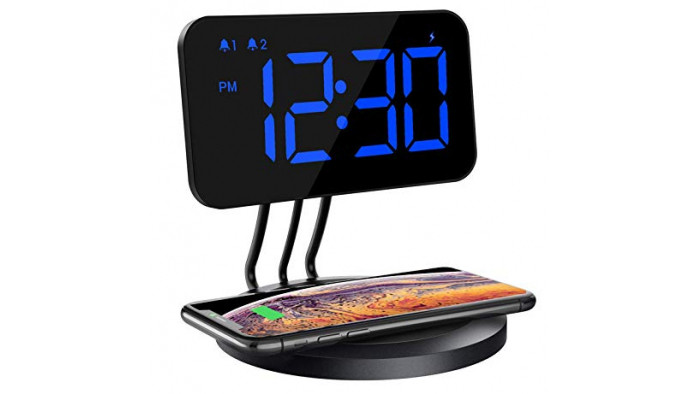 If you're after style as well as out-and-out practicality, this Wireless Charging Clock from Mpow definitely ranks up there. It's sleek appearance and large display make it suitable for every home, while the wireless charging capabilities of the base ensure this clock is as useful as it is attractive. 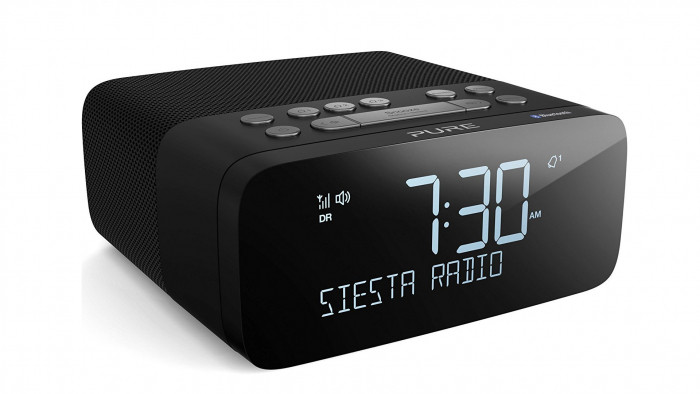 This is the smaller, more focused version of the Pure Siesta Home. It doesn’t want to be a hi-fi, just an alarm clock.

However, it sounds a lot better than most and still has a DAB tuner. You also get Bluetooth, Pure’s brilliant auto-dimming display, a phone charging USB socket and an all-important snooze button. 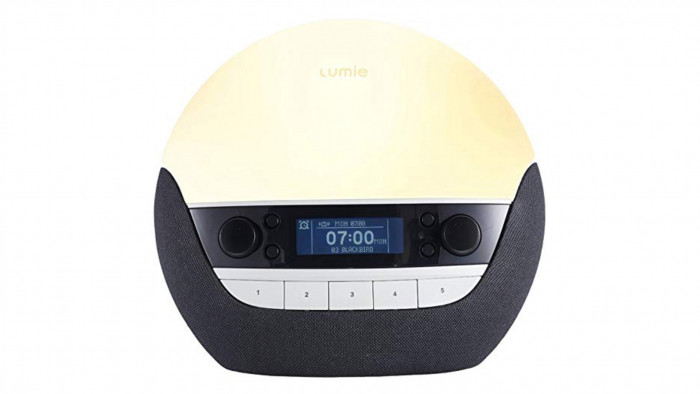 A wake-up light can make you feel much less groggy in the morning. It’s a killer alarm clock for those winter months when you wake in the dark, and head home from work in the dark too. Just reading that sentence is depressing enough.

The Bodyclock Luxe 750D is Lumie’s top-end wake-up alarm clock. It offers a smooth rising light level before you wake, emulating the sunrise, and has a DAB+ tuner and Bluetooth. A USB port lets you charge your phone too.

If the 750D is way out of your budget, take a look at the Lumie Bodyclock Starter 30, the entry-level model. It has the light, but you have to wake up to a harsh beep. 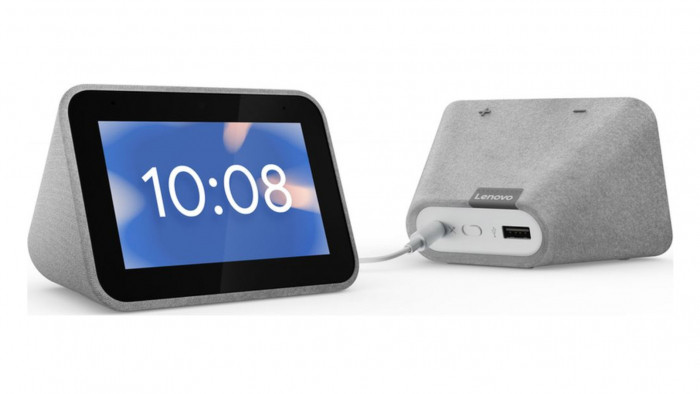 OK, so you might want to buy an Amazon Echo Show 5 or Spot if you’re after the smartest alarm clock around. But Lenovo offers the rival Google digital assistant and a top layer of software that makes sure the Smart Clock feels like an alarm clock rather than a bedside computer.

It can play music, show you the day’s appointments, file voice notes using the internal mics and control your smart lights. You can literally ask it to switch off your lights (if you have LIFX or Hue smart light bulbs in your bedroom, anyway).

Stylish, a real money saver and better for the environment - get the best travel mug now.
Gaming