Over 3,900 bottles are going under the hammer for a pricey sum 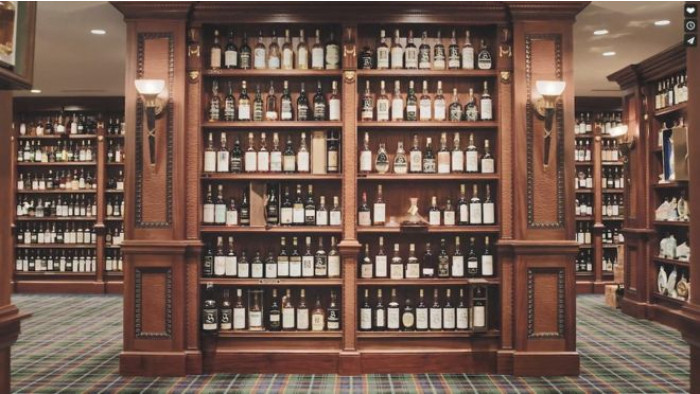 If you’re a fan of a dram and consider yourself to be a bit of a whisky connoisseur, then this might just be the single malt related news you’ve been longing to hear. Yes, the world’s largest private whisky collection is heading for auction.

The private collection is believed to be the largest to ever go on sale to the public - and you could get your hands on it (for a small fortune).

Set to be sold by Perth-based online whisky specialists Whisky Auctioneer next year, the extensive collection is estimated to be worth between £7 million and £8 million.

Ok, so in reality it’s less search the sofa for small change, more raid a bank in order to afford it.

Consisting of more than 3,900 bottles - primarily of the single malt Scotch variety - the whisky treasure trove was owned by businessman Richard Gooding in the US state of Colorado up until his death in 2014.

Amassed over the space of 20 years, up until now the bottles have been stored in what is said to be his own private “pub”.

Drinks fans might recall Richard Gooding as the man who founded the Pepsi Cola Bottling Company which he went on to sell back in 1988.

Described as the "perfect collection" by auctioneers, the whisky assortment includes very rare bottles from The Macallan, Bowmore and Springbank distilleries.

Alongside a host of rare and renowned names, the assemblage also includes bottles from some of Scotland's lost distilleries, including Stromness and Dallas Dhu.

The news comes in the midst of an interesting few years for the whisky market, with one bottle of Macallan 1926 being sold for nearly £1.5m in October, while another went for a handful of change (£25,000) as recently as last month.

If those figures still haven't put you off, the collection will be split in two and sold online between 7-17 February and 10-20 April 2020 over at the Whisky Auctioneer.