Why does this lake in Australia turn pink every year? 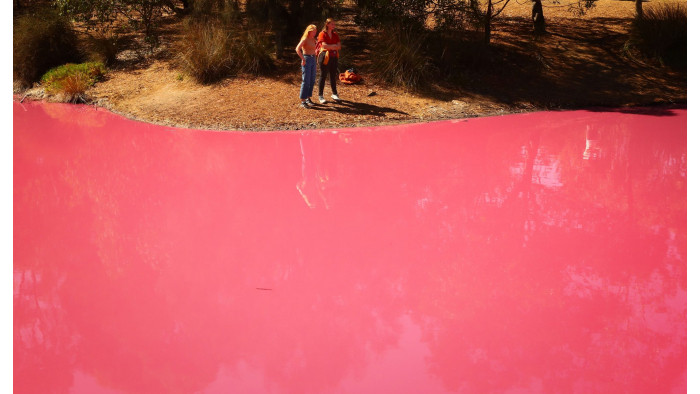 This morning I woke up, scrolled through Instagram, and was confronted with my friend’s post from Australia, which at first I thought was some sort of shoot she must be working on;

“Bit shit to do that to the environment for the sake of a shoot.” I thought. Until I saw on the news that this is actually a naturally occurring phenomenon that happens every year to a lake in Westgate Park, Melbourne, Australia. It’s an Instagram dream, isn’t it? Like the staircase at Franks, but in nature.

So why does it happen? Well, the saltwater, coupled with more sunlight (the lake only turns pink in the summer months), and very little rainfall, means that an algae forms on the crust of the lake, and as part of the photosynthesis process, the pink pigment is created. Pretty sweet right? To look at, yes, but don’t dive in, the algae isn’t going to do anything for you.

Strangely, the lake only started doing this in 2012, so it’s probably another indicator of our imminent deaths due to climate change. Although take some solace in the fact that a lot of lakes in Australia are apparently pink all year round, so that’s something.

In the meantime, if you’re anywhere near Westgate Park in Melbourne, get down there and get some nice snaps whilst you can, winter is coming.