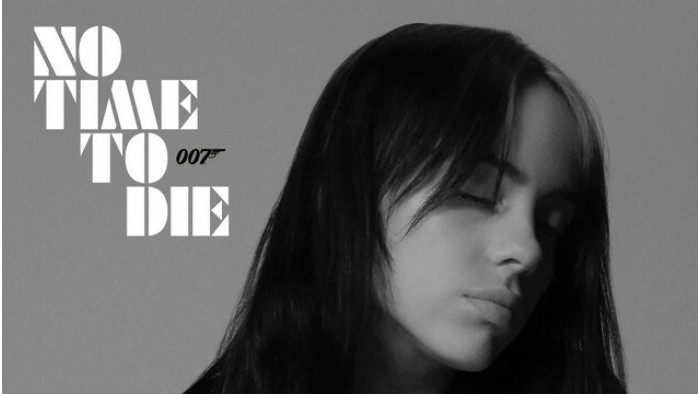 We were hoping to hear the new No Time To Die theme song at the Oscars. Billie Eilish had signed up to perform, so it was inevitable that we would hear it, right? Wrong.

Instead, the makers of No Time To Die decided that the song warranted its own announcement and we now know that the full song will be played at the Brit Awards on 18 February.

But you don't have to wait that long to hear what the song sounds like as it is now available on Spotify and the like and 44 seconds of the theme have been released as a trailer and it's a brilliant, brooding ballad.

“No Time To Die” by @billieeilish – the theme song for the 25th James Bond film is OUT NOW. Billie will perform the song at the 2020 @BRITs on 18 Feb accompanied by @FINNEAS, @HansZimmer and @Johnny_Marr#NoTimeToDie#Bond25https://t.co/9myEfUVLsipic.twitter.com/XVBPUbKYvk
— James Bond (@007) February 14, 2020

Eilish had kept quiet about the Bond song, but did reveal recently that the song is indeed a ballad and it is being produced by her brother (like her album), Finneas O'Connell. Although we've heard less than a minute of the full track, it seems that here ASMR-like vocals suit the sweeping strings in the piece.

What does it tell us about the movie? Well, the following line is quite telling: "Did I for a lie? You were never on my side."

Sounds like Bond has to face up to some sort of treachery.

No Time To Die will mark the last time we will see Daniel Craig in the famous tux and is said to be a movie that wraps up the threads of Craig's time as Bond, bringing back some familiar faces and adding new ones, including Rami Malek as the main Bond villain.

Directed by Cary Joji Fukunaga, No Time To Die will be out 3 April.

Listen to No Time To Die on Spotify now.