Spoilers: This is how the MCU will go forward 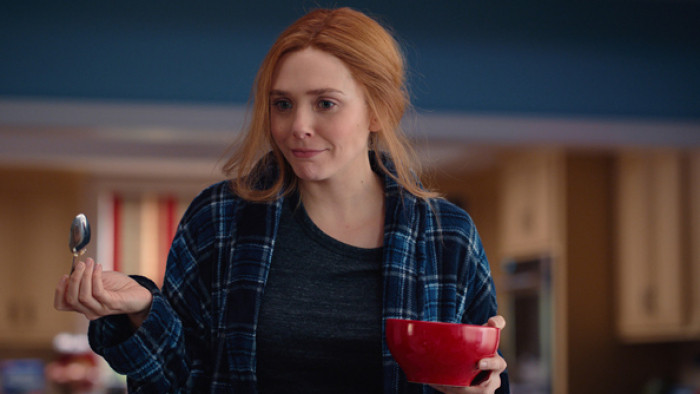 WandaVision Episode 7 may not have revealed the cameo we were all expecting - no Reed Richards as of yet! - but it did set out the plans for the future of the MCU, dropping some big hints as to how the movies and shows in the MCU, beyond WandaVision will play out.

Given there are about a hundred references and Easter eggs per show, some things are ridiculously easy to miss but the most exciting one for us was in plain site. Yep, it was all about those adverts again - the interludes that seemingly hold more secrets to the future of the MCU than all of the other things in the episodes put together.

As with previous ads, the person in the advert was another cypher for Wanda, depressed and looking for a way out.

In the ad, that 'way out' comes in the form of some Nexus anti-depressants tablets that will "anchor you back to your reality, or the reality of your choice."

This is a brilliant throwback to Thor: The Dark World (yes, the rubbish Thor movie) where the Nexus of All Realities is revealed - a gateway of sorts to the myriad realities the world has.

In that movie it was a passing theory on a chalk board but in WandaVision it's likely how the future of the MCU will play out and almost certainly be a part of the upcoming Doctor Strange in the Multiverse of Madness movie.

There is also this brilliant quote (and potential Dr Strange reference): “You should not take Nexus unless your doctor has cleared you to move on with your life. Nexus: because the world doesn’t revolve around you. Or does it?”

Who would have thought the Thor movies would hold such clout within WandaVision? But with this reference and Kat Dennings regularly stealing the show, they are taking the good bits that they need (well, except for Thor).

As for Dennings, she recently said in an interview with the Drew Barrymore Show that we will indeed get a "massive payoff" at the end of the show, but that "it's all a mystery, until the end."

Disney Plus has also revealed that it is releasing a special behind-the-scenes episode of the show, which will come out when all episodes have been released. This will likely be more of a 'this is how we made it!' thing like the brilliant Mandalorian docs, but it may well reveal some of the many Easter eggs that are sprinkled in, too.