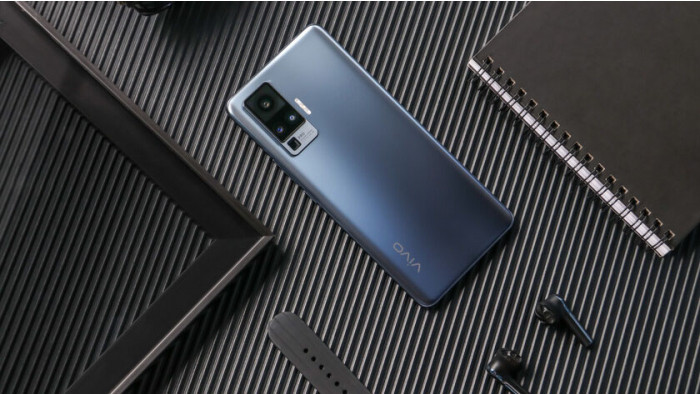 Packing a gimbal into a smartphone sounds exciting but improbable. Usually these mechanical stabilisers are used by camera pros by way of an accessory but that is exactly what the Vivo X51 5G is offering.

It’s a mid-priced smartphone with some jaw-dropping specs, especially when it comes to its camera technology. Can it compete with the likes of Apple and Samsung, though, for phone dominance?

Vivo is another Chinese phone manufacturer trying to make it big and in myriad ways it is already a giant in the phone market… just not yet in the UK as it’s only just come to the UK market, with the Vivo X51 5G.

Vivo is a company that’s always there or thereabouts when it comes to being first with cutting-edge technology. In-screen fingerprints? Yep, it was first to showcase these and now it has brought a phone that comes with a gimbal. What that means is that its stabilisation should be far better than any other phone out there right now. Stability is the key to great photos and this is just one of many camera features that the Vivo X51 5G boasts.

Actually, it’s not but we need to talk about the camera first before anything else as it is certainly the main USP here. Firstly, there are four lenses on the back, built within one of the nicer camera arrays we have seen. Three lenses can be found in a rectangular black box, then there’s one underneath. And these are proper lenses, all of which seem to be essential to making the camera technology work on the X51.

It’s the 48MP camera that’s the star of the show (made by Sony and also found in the OnePlus 8T), the lens moves with the phone, thanks to the gimbal, offering a really effective way to capture a shot without the need of a tripod. It’s also a super smooth way to shoot video - which you can do with 4K, up to 60fps - but if you switch it to ultra-stable mode then shooting is capped to 1080p.

Two other camera features of note were the macro mode, which is fantastic, and the night mode which was really impressive - because of the sensors it has available, this is a phone that shines when it comes to low-light photography and it boasts an astro-photography mode that you need a tripod to get the full effect.

3 The Vivo X51 design has a premium polish

The Vivo X51 is a smart-looking handset with a decent screen. It’s 90Hz which means it’s smooth for things like gaming, it has smooth curves and, well, we’re taking this gimbal/smooth analogy too far now but it’s a lovely looking phone that is great for those who want a big screen - it measures 6.56 inches.

We’ve already mentioned the impressive camera array but this does reflect the premium look of the handset, as does the plush metal Alpha Grey outer shell.

Everything else has been given the Marie Kondo treatment to keep things minimal. There’s no headphone jack or extra storage slot. Because of the design, we would have expected it to be water resistant but it isn’t - we’re sure it can put up with a few splashes here and there, though.

4 The X51 5G has a powerful battery, middling processor

Battery comes in the form of 4,135mAh - no wireless charging, mind - and can be charged pretty speedily (we clocked getting it to full in under an hour) but it’s the processor where we were expecting a bit more from. A Snapdragon 765G paired with 8GB RAM is fine but there are plenty of smartphones out there (and at this price) that have the newer Snapdragon 865 5G processor. That said, it didn’t seem to impact performance, in our tests, and Vivo isn’t pushing this phone as a gaming powerhouse but a camera one. And the processor does mean that you do get 5G which even if it hasn’t been switched on in your area should be something you should look out for given the future proofing it offers.

We are happy that the X51 got 256GB of storage as well - a number that means that you won’t run out of space for all those selfies anytime soon.

We weren’t holding out much hope for the Vivo X51's operating system. Called FunTouch (ugh) we were expecting a heavy skin on top of Android but there’s not much there at all. In fact, this is one of the closest OS we’ve played with recently that matches stock Android - and that is a big plus point in our eyes.

We were utterly impressed with the camera technology packed into the Vivo 51X. It puts this smartphone (which is at the top end of the mid range) up there with the likes of Huawei’s camera heavyweight the P40 Pro and Mate 40 Pro.

It can’t quite match them for processing power and the like, though, but as a first push into the UK, Vivo has made a smartphone that needs a bit of a power boost but over compensates with its camera prowess - we can’t wait to see where this brand goes next.

Other phones to consider...