App-olgies aside, the Huawei Mate 40 Pro is a fantastic phone. 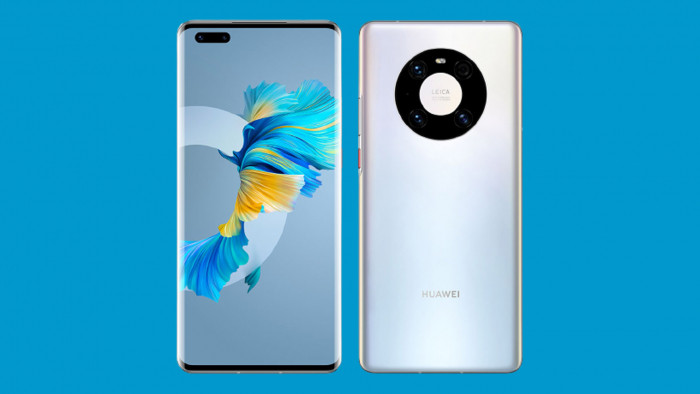 Huawei is a phone maker that’s on the top of its game when it comes to the hardware but due to political ramifications way beyond our pay grade, it has had to sell its phones without any Google apps. And not just no G Suite and the like but access to Google Play as well, the service that is home to millions more apps.

It’s the elephant in the room when it comes to talking about Huawei’s phones but is it enough of an issue to not consider them at all? Well, when it comes to its latest handset, the Huawei Mate 40 Pro, it’s complicated.

Here are 5 things you need to know…

The Huawei Mate 40 Pro is hands down one of the best looking phones of 2020. It is a handset that has been re-engineered from the ground up so it looks quite a bit different from the previous Mate, although it has a similar setup with the circular camera array on the back. Huawei calls it a Space Ring and we kind of like that.

One of the things the Mate 40 Pro reminds us of is an old-school Apple iPod with a click wheel - this isn’t a slight as it’s a gorgeous-looking device.

The chassis is made from frosted glass and it’s mesmerising. It’s a 'Joseph’s coat' of a back, with many colours coming through when you look at the phone from different angles. It’s a slippery sucker, though, so you do have to handle it with care.

2. Its specs are best in class

This is a big phone. At 6.76-inches the OLED panel (a 90Hz refresh rate) is vast and stretches around the edges of the handset making for a cool, premium effect. The only thing that detracts from screen perfection is the rather large front-camera/sensor cutout on the left-hand side. It just looks a little too big for our liking.

3. The camera is king

Huawei’s relationship with Leica means that when it comes to camera shootouts, Huawei’s lenses always come out top or near top. The Mate 40 Pro is of no exception. It’s Space Ring has a stunning camera setup.

There’s a 50MP main camera (which takes advantage of a large sensor that works well in low light), a 12MP lens with 5x optical zoom - so you can get close without your photos ending up in a pixel pulp and a 20MP ultra-wide lens. This is bigger than most on the market and has a large aperture so pictures come out with stunning clarity.

You couldn’t ask for a better camera setup and Huawei does this with hardware grunt but the software is decent, too, with low light shooting being a highlight. There’s also 4K shooting on board. We were expecting 8K (not that anyone can really view this quality) as it’s something Sasung offers but it’s not available on this device.

4. The battery is big, but it’s the charger that stuns

Huawei has given the Huawei Mate 40 Pro a sizable battery, a 4400mAh battery. In our tests, even with heavy media use the handset lasted more than a day. But that’s not really a biggie here as Huawei has added some fantastic, and speedy, wireless charging technology to the Mate 40 Pro. You’ll need Huawei’s additional 50W charger to take advantage of this. If you want to plug it in, then the charger in the box has 66W SuperCharge tech - in short: your phone will be up to full juice in under an hour. It’s that impressive.

If this was Strictly, then so far the Huawei Mate 40 Pro is on course for a perfect 10 across the board. But it fumbles the final routine. The lack of Google apps on the device is a problem. There are workarounds, such as Huawei’s phone cloning tech and its Petal Search that allows you to download apps away from the Google Play store but it’s a faff and there are still key apps missing, such as Google Maps and Gmail. Huawei really does have one hand tied with this situation and it makes for a bittersweet experience when using the handset. It does try and alleviate the app pain with its own store, the Huawei AppGallery, but there’s just not enough on there - it’s like going shopping and seeing only own-brand produce, sometimes you just want the original.

The Huawei Mate 40 Pro is one of the best smartphones we have tested this year. Its design is gorgeous, it’s powerful with some fantastic features such as its display, stereo speakers and cameras. If it were fully fit, then the Huawei Mate 40 Pro would be a contender for phone of the year. But there is a Google-shaped hole that desperately needs filling. That may well happen soon - and we’ll be waiting in line to buy the handset if and when it does.