Thor: Love And Thunder is streaming now on Disney Plus - plus more goodies

Disney Plus Day arrives, alongside tons of new shows and movies. 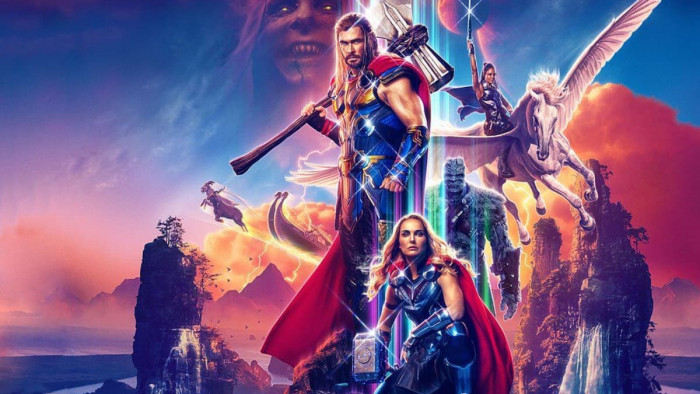 Thor: Love And Thunder only hit the big screen in July but now it is streaming on Disney Plus, all thanks to Disney Plus Day.

Disney Plus Day is pretty much that: a day dedicated to the service, where Disney has added a number of new shows and movies to thank those who use the service and, let's face it, entice those who have yet to sing up.

While successful for Marvel, it didn't manage to hit the top five in popular films at the box office this year: it's in sixth place, behind Minions: The Rise of Gru, The Batman, Doctor Strange 2, Jurassic World Dominion and Top Gun: Maverick.

Other notable releases include: Assembled: The Making of Thor: Love and Thunder doc, Obi-Wan Kenobi: A Jedi’s Return doc.

There's also a new Disney Plus Original called Wedding Season, Mike (a documentary about Mike Tyson), Tierra Incognita, Frozen and Frozen 2 Sing-Alongs and Welcome to the Club, a new short from The Simpsons.

Finally, there's Cars on the Road - a series based on the Cars movies - and Pinocchio, a live-action remake of the classic Disney cartoon by Robert Zemeckis.

If you are yet to sign up to Disney Plus, then there is a great deal right now - where you can get 75% off the price of the service for a month.

US: Get one month of Disney Plus for $1.99
$1.99
Disney Plus is down to its lowest price right now - available for $1.99 for a month, giving you access to all its content for a very low price.
Get this fantastic Disney Plus offer now
Save 75%

UK: Get one month of Disney Plus for £1.99
£1.99
This is a fantastic deal for Disney Plus, save 75% for one month right now and get full access to the Disney+ archive.
Get Disney Plus now