The fear is real with this one. 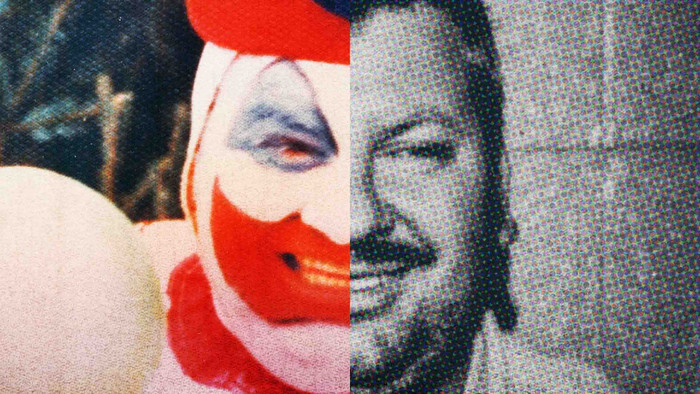 It's not often that we get shivers when watching something on Netflix but that's absolutely the case with its latest true crime documentary.

Conversations With A Killer: The John Wayne Gacy Tapes is a frankly disturbing look at one of the most notorious serial killers of all time.

This is the second in the Conversations With A Killer series, the first being about Ted Bundy. While those tapes showcased a rather charismatic man who managed to dupe many because of his charm, the Gacy tapes are far more sinister.

John Wayne Gacy is one of the most horrific killers in history - a man who pretty much invented Coulrophobia, thanks to images of him dressed as the character Pogo the Clown that came out once he was caught. In total, there were 33 victims before he was captured and eventually executed in 1994 by lethal injection.

In Conversations With A Killer: The John Wayne Gacy Tapes, we hear from the man himself, as well as families of the victims, and it's his complete lack of remorse throughout, and his continual maintaining of his innocence, that makes this one a tough watch.

The documentary comprises audio clips of Gacy speaking while on Death Row, which have been compiled from over 60 hours of footage. None of the audio in the series has been released to the general public before.

The director of the documentary is Joe Berlinger, who directed the movie Extremely Wicked, Shockingly Evil and Vile about Ted Bundy. He cut his tooth on true crime documentaries, though, such as Paradise Lost, The Vanishing at the Cecil Hotel and The Ted Bundy Tapes.

Watch Conversations With A Killer: The John Wayne Gacy Tapes on Netflix now.