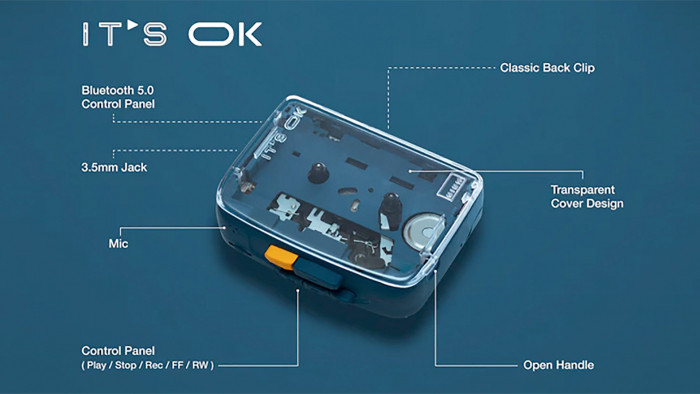 With all the high tech gear constantly being released and updated, there’s something strangely comforting about the retro. Gadgets that seemed futuristic back in the day now hark back to a simpler time when the only music you had to listen to was what you’d taped off the radio.

It's why we love this retro It's OK Bluetooth-connected tape player, a true mix of the modern and old-fashioned.

Unlike other retro gadgets, though, this doesn’t just look like a tape player. It is one. So as you might expect, it plays and allows you to record onto tapes, exactly like the one you probably had in the 90s.

But it has had an update, claiming to be “the first Bluetooth 5.0 portable cassette player”, so you can listen on Bluetooth speakers or wireless headphones.

And for those of you who want to be really authentic, there’s also a good old fashioned headphone jack too.

Sadly, you can’t get it quite yet. It’s still being funded on Kickstarter. Starting at $75 (around £60), the machine comes in pink, cloudy white and navy blue and, if fully funded, should ship in December.

Now we don’t know about you, but we’re off to tape the Top 40 off the radio.

It’s not the only great Bluetooth product out there – here’s our pick of the best Bluetooth speakers available now.