This Japanese whisky is infused with ocean

It’s probably the closest we’ll get to a beach holiday in a while. 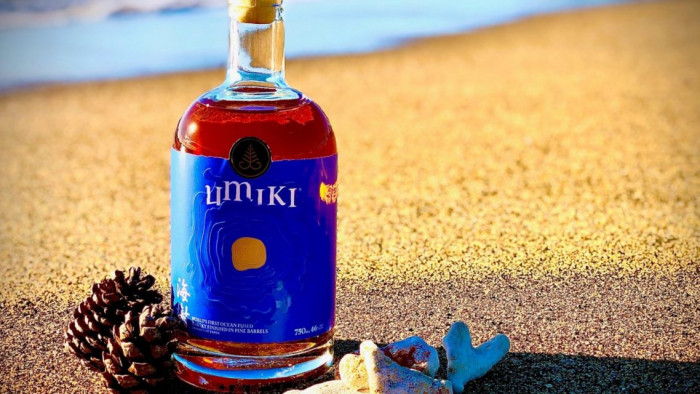 The popularity of Japanese whisky has grown exponentially in the last few years - and now distilleries are getting experimental.

Osaka’s Yoshino Spirits Co has launched what it is describing as the world’s first ocean-infused whisky.

Its name Umiki pays tribute to the two key elements in the distilling process - ‘Umi’ is the Japanese word for ocean, while ‘ki’ (the world for tree) represents the pine tree barrels that the whisky is finished in.

According to its makers, this blended whisky is all about celebrating nature, especially the ocean, which is believed to be the source of life, and the pine tree, a key symbol of life in Japanese culture.

To make the whisky, Yoshino Spirits Co blends “local ocean-side malt whiskies with grain whiskies from the rest of the world” before adding filtered water from the Pacific Ocean.

It has been described as having “a sea-breeze on the nose” with the addition of floral notes.

And despite not yet being available for consumers, it has already won a number of awards including a Gold Medal from World Spirits Award 2020.

Umiki will first be available in Asia and the US from April before being expanded globally from May.