This Groundhog Day VR game is the sequel nobody asked for

No Bill Murray in sight 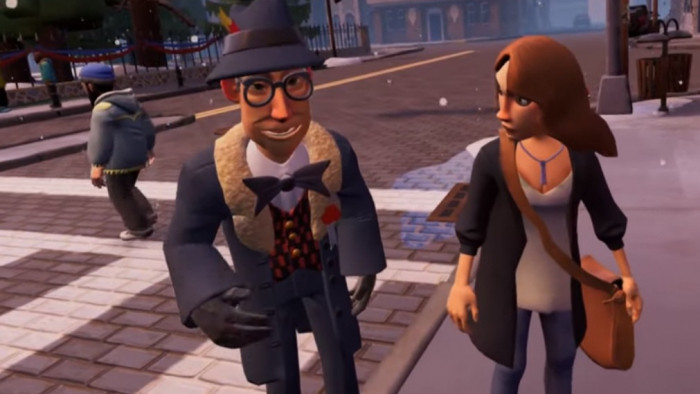 Twenty-six years after Groundhog Day was released, it’s finally getting a sequel. Only it’s not a big screen release – in fact, it’ll play out on two tiny screens suspended right in front of your eyes, because it’s coming in the form of a creepily cartoony PSVR, Oculus Rift and HTC Vive game.

A collaboration between Sony Pictures and Tequila Works, Groundhog Day: Like Father Like Son will arrive on September 17. If you’re thinking that means it has nothing to do with Bill Murray… well, “bing”, to quote old Ned Ryerson, who curiously does make an appearance.

You see, you’ll actually be playing the role of Phil Connors Jr., the son of Murray’s characters. Like his Dad back in 1993, he seems to also get stuck in a time loop in the town of Punxsutawney, only this is on the day of his graduation. Which, as days to get stuck in go, could be worse.

It feels quite appropriate that a film about doing the same things over and over again has resulted in a trailer that looks a bit like dozens of other VR experiences from Job Simulator to Rick and Morty: Virtual Rick-Ality. With the help of the hand controllers, you’ll tinker with an espresso machine, make bacon and eggs, throw alarm clocks around, mix cocktails and stick forks in the toaster. Hopefully just in game in the case of the last, but we’ll have to wait and see just how tedious the whole experience is, I guess.

Maybe it’ll surprise us, and Groundhog Day: Like Father Like Son will join our list of the best PSVR games. Stranger things have happened, as Phil Connors Senior well knows...