Collagin - the clue really is in the name. 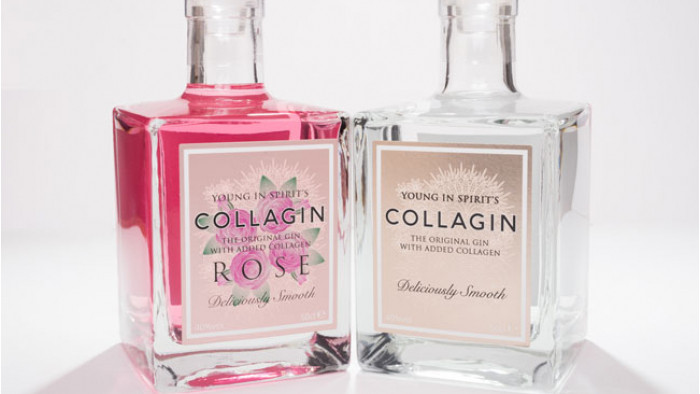 The fountain of youth may be a mythical wonder the world is yet to discover, but what if we told you that drinking gin could actually freeze the clock?

So states one gin company who claims to have created the world’s first anti-ageing gin - aptly named Collagin.

The clue really is in the name.

The Picture of Dorian Gray may be confined to the pages of an Oscar Wilde novel, but now you too can retain the skin of a newborn baby courtesy of this collagen-infused spirit.

It claims to improve skin elasticity and in turn counter the signs of ageing, which sounds ideal for those looking to sip, recline and reduce those age lines.

After bagging a £50,000 investment following the brand’s appearance on Dragon’s Den in 2018, it seems the company simply can’t keep up with the growing number of orders.

So much so, Collagin has just launched a £100,000 crowdfunding campaign in a bid to meet demand.

Described as ‘deliciously smooth and impeccably fragrant’ by the brand, the is made using 11 different botanicals including pink grapefruit and orris root.

And then comes the magical bit, apparently, as after distillation, pure bovine collagen is added to the vats. Hmm, delicious.

It goes without saying that this probably isn’t a tipple that’s best suited to vegans and vegetarians.

Co-founded by Liz Beswick and Cam Brown, Collagin has so far sold a staggering 27,000 bottles of the stuff.

Available in a number of different varieties including original and rose, the brand also sell candles - which are not quite so delicious or as reliable on the anti-aging front.