It might seem niche, but we're all in one now, aren't we? 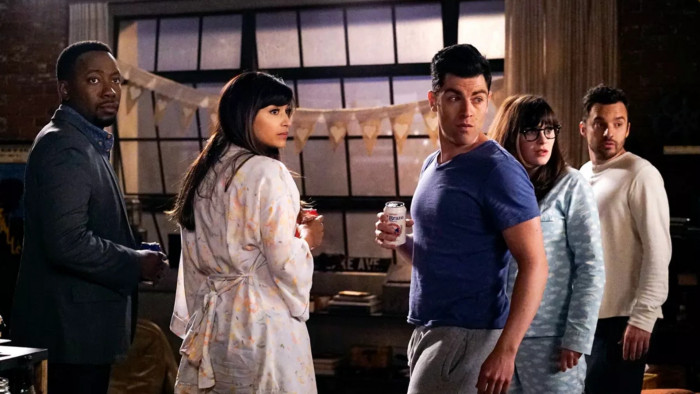 For many of us, living in a house share is the only way we can afford to not spend our entire pay check on rent, albeit not being far off as it is.

In your twenties, your gripes are pretty commonplace; housemates holding parties on a Tuesday in the room next to yours that may as well not even have a wall between it, someone never doing their washing up, and Steve literally always leaving his washing in the machine for three days and then hanging it out so it stinks the house out. Just as an example.

In your thirties however, you probably live with slightly less than seven people, you’ve moved out of Clapham because you realised it’s the worst place on earth, and you might even have shelled out for Sky Movies. There’s candles, a bathroom with an actual shower curtain, and nobody labels their own food because the people that did that have been rounded up and forced to live with each other in some sort of dystopian hostel situation. If there’s any justice.

Spills on the couch. That you actually bought.

You didn’t care when the odd glass of white wine or beer got spilt on your basic IKEA couch in your old flat because the landlord bought it and put it there in what you can only imagine was the year IKEA first opened. Does it even have any padding left? Who cares, it’s not yours. You’ll have as many parties as you like thanks, Foxtons.

But now, I’ve, well Justin look it’s just that, I bought this nice couch for us in the MADE sale didn’t I? Remember? When I harboured a dream of having my own studio flat to put it in one day? Hahahahahaha. Ha.

Anyway, it still cost the same as rent so if you could try not to spill any of that gin cocktail on it that would be great. Yes I know you’ve brought a girl back. Yes it probably is weird that I’m watching you both drink them just to make sure you’re careful. In my pyjamas.

I don’t have an engineering degree but it can’t be that hard, can it? Why is the loo roll always sat atop the loo roll holder? It takes eight seconds of your life! You can do it whilst you’re on the actual toilet itself!

No, I’m not getting old and moany, I just want to use the toilet roll holder which was one of the few things that was provided by the landlord. OK?

How to stop your housemates ruining your ‘suggested viewing’ on Netflix

Not paying our Council Tax on time is harming MY credit score, Adam.

Gone are the years where you ignored bills and TV license letters (are any of those rumours ever true? Can they actually ever catch you in it?) You’re a semi-adult now and you need to pay your bills on time in case you ever need to get a loan (to pay off your couch) or in case one day you want to buy a house. Like, when your parents pass away and you’ve got a shot at owning a terraced house in your home town.

You can see the bills piling up by the door, you can see your housemate, why isn’t he paying them? What implications will this have for you? And why does your old housemate still have his business address registered at your flat? WHAT IMPLICATIONS DOES THIS HAVE?

None, the couch was your financial Everest.

Why can’t we have nice things?

I’ve spent a bit on actually furnishing the house and making sure we don’t live in a glorified bail hostel, so could we please not tear down the pictures I’ve framed on the wall during a house party? Yes, they’re ripped out of a magazine but I did buy the frames from Matalan so, have some respect.

Can we stop leaving the heating on as if we live in Alaska?

Look Kaitlin I want it to be warm as much as the next man, but can we please put the heating on a timer so we don’t end up waking up at 5am being poached alive and gasping for water despite it snowing outside?

I feel like the warmer I am the poorer I’m becoming. I’ve started look at the radiators as piggy banks being drained. Every minute that goes by I can feel my overdraft stretching out in front of me. Should we switch to a meter? Or a fixed price? I literally have no idea what will be cheaper. Is one a better deal in winter than in summer? THIS IS HOW THEY GET YOU KAITLIN, THEY BAMBOOZLE YOU. Guys?