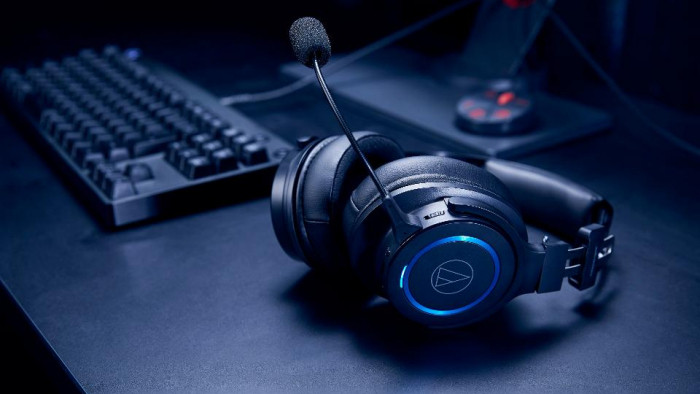 Even if you aren’t familiar with Audio-Technica, you can hazard a guess at the Japanese firm’s speciality from the name. Yes, the people behind Audio-Technica are audiophiles to their core, so the announcement of two new premium gaming headsets for e-sports enthusiasts should certainly be welcomed.

Like most audio products, they don’t have the most memorable names in the world, but the ATH-G1 and wireless ATH-G1 WL promise performance where it counts, offering lightweight design and studio audio quality.

The headset come with specially-tuned 45mm drivers and although they’re compatible with PS4 and Xbox One, PC owners get a real treat thanks to the 1,300mW input capacity for dedicated sound cards.

The boom mic is detachable, and Audio-Technica says it has been designed to clearly pick up voices without absorbing the clickety-clack of keyboard presses and other ambient sounds.

Both headsets will go on sale from the end of the month, with the wired ATH-G1 selling for £159 and the wireless version going for £229. The wireless version, incidentally, promises a solid 15 hours of gaming from a single charge, but can work while charging too.

At these prices, Audio-Technica’s gaming headsets aren’t aimed at those who just play Call of Duty once every couple of months, but if you’re serious about your e-sports – or aspire to get serious – then they’re certainly worth keeping an eye out for once reviews start pouring in.

Need something to play with them? Check out our lists of the best PS4 games and best Xbox One games for some inspiration.