These Dyson Zone air-purifying headphones are quite something 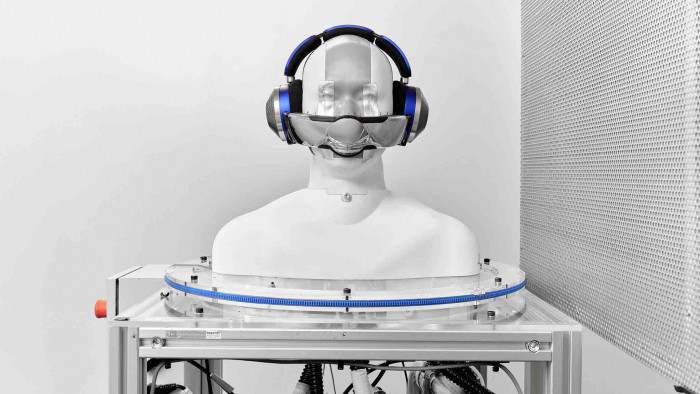 Not content with re-imagining the vacuum and hand drying space, Dyson has just taken the wrappers off of its latest innovation - the Dyson Zone, a pair of air purifying headphones.

In what has to be one of the more eye-opening tech launches in recent times, Dyson has revealed a product that has been six years in the making.

That's right, this isn't something that has been quickly put together to capitalise on the on-going pandemic but a device that has been in R&D for some time.

According to Dyson, the Dyson Zone is its "first wearable purifier, capturing city pollution including gas, allergens and particulate matter and cancelling unwanted noise with advanced noise cancellation and pure, high-fidelity audio."

Essentially, it's a pair of ANC headphones (which blocks unwanted noise from around you) and an air purifier (which blocks gas and allergens) in one.

While it all looks a little like the helmet Ant-Man wore in the Marvel movies - or the one Bane wears on his day off, when not trying to defeat Batman - it started off as something far more elaborate.

Originally conceived as a snorkel-like mask with a backpack, the bods at Dyson got to work and some 500 prototypes later the result is a mask that doesn't actually touch your mouth.

Instead "the compressors in each earcup draw air through the dual-layer filters and project two streams of purified air to the wearer’s nose and mouth, channelled through the non-contact visor."

It's not all about the air purifying, though, but music too. So you will be pleased to hear that the ANC headphones that come with the Zone offer "rich, immersive audio that faithfully replicates audio as the artist or creator intended."

If you don't fancy having the visor on all the time, then the good news is that this can be taken off, when you just want to use the headphones. When you are on the Tube or somewhere that a mask is needed, then the visor remains attached.

There's no release date or pricing for the Dyson Vision, but the device is said to come out in 2022.

Given we are in a world where mask wearing has become the norm, the Dyson Zone will certainly pique some people's interest.

It's a world away from conventional masks, though (in looks and tech) so we reckon those ANC cans will be put to good use to cut out the chatter of everyone asking what the hell you are wearing if you ever do venture outside with it on.