These are the best things coming to Netflix in April

Great shows and movies to watch on the streaming service. 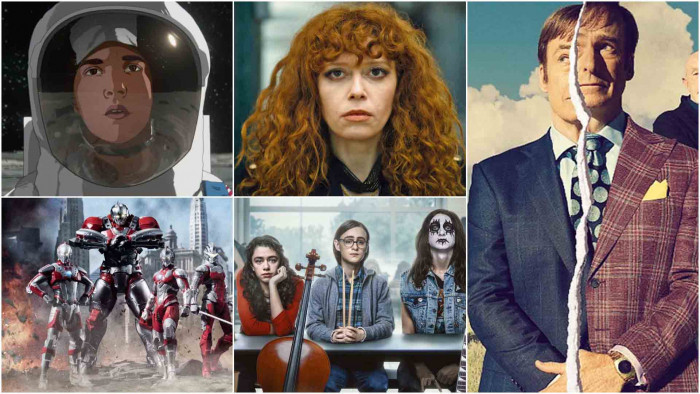 It may be April but Netflix is no fool when it comes to the shows and movies it has coming this month.

We've taken a look at the entire catalog and here are the 10 things we think that you should be watching this month - as well as the date that they land.

This is another beautiful movie by Richard Linklater, focusing on a child that becomes obsessed with the space race in 1969 Texas. It uses the rotoscope technique that Linklater used for A Scanner Darkly and is a massive nostalgia blast (off).

While it's not quite as funny as it thinks it is, The Bubble is a comedy by Judd Apatow that is all about something we know to well: lockdown. It's packed with celebrities, who are all set to star in the sci-fi epic Cliff Beasts 6 - but have to bubble up for three months in the English countryside to do so.

Return To Space is set to be an epic telling of Elon Musk's 20 year mission to build SpaceX up into a company that can help NASA reach for the stars. The doc follows Musk's mission to get NASA astronauts to the ISS using one of his rockets.

The folks behind Game Of Thrones have left the world of Westeros behind, swapping it for a bit of heavy metal with Metal Lords. Written by GOT's D.B. Weiss, this is a comedy in the vein of School of Rock about two metalheads team up with a cellist to compete in the battle of the bands.

Ultraman was a massive hit when it first landed on Netflix in 2019. Now the anime is in its second season, with the Ultra 6 brothers all ready to team up once more against more aliens invading earth.

6. Anatomy of a Scandal

S.J. Clarkson (Jessica Jones) directs this new thriller from David E Kelly (Big Little Lies) which is about an MP who is embroiled in a sexual scandal that threatens to upturn both his political and personal life. Rupert Friend and Sienna Miller star.

7. White Hot: The Rise and Fall of Abercrombie & Fitch

Abercrombie & Fitch was a high street staple in the 90s and 2000s but, as this documentary uncovers, its push for the all-American look for teenagers to aspire brought both criticism and lawsuits. This doc tries to uncover just what happened to the brand.

The final season of Better Call Saul couldn't come soon enough. The show is set reveal just what happens to Saul Goodman before he meets the blokes from Breakin Bad. The first part of the final season is heading to Netflix this month, with the second part streaming in July.

The first season of Russian Doll debuted just as the pandemic was growing, so the wait for this second season has felt like an eternity. A recent trailer, though, proves that the wait will be worth it as we catch up with Nadia Vulvokov (Natasha Lyonne) who is having to replay her birthday over and over again.

April also sees the final finale of Ozark, a show that has grown in magnitude season after season. The story of a crooked accountant who's in bed with some very bad people isn't going to go out without a bang.